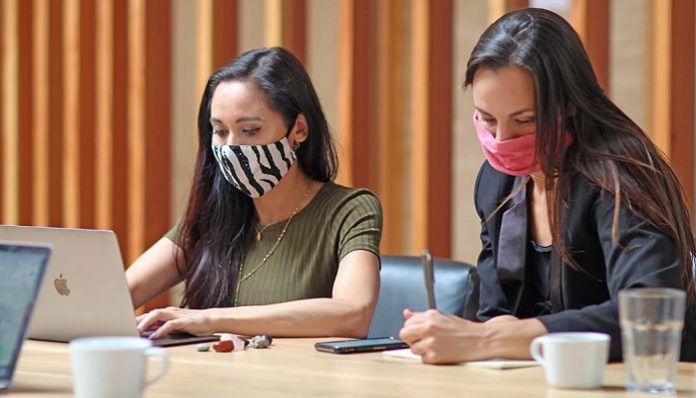 At this point, a world before the COVID-19 pandemic seems like a distant memory. Gone are the days of mass gatherings without worry, feeling safe at our jobs, and being comfortable in a classroom environment. As a result, the big question on everyone’s mind this summer has been, “Will schools be in-person this year?” There have been many debates on this topic from both sides. Many say yes, many say no. The country is split on this topic. By the end of this article, many will also agree and disagree with me, and that is okay because everyone is entitled to their own opinion. I will be writing from my opinion as a college student and from my own views. This article does not speak for the Unwritten page, or staff, but rather just my own thoughts and opinions.

Many colleges in the country are preparing to open up or already have.

The school that I attend has just opened up, and I feel very comfortable with all of the precautions that my school’s officials are taking. Let me give you some examples. In order to enter the building, you have to sign in and have your temperature taken. You have to sign in with a clean pen and then put it in a dirty pen bin with all the other used pens. Classrooms are socially distanced, and classrooms with computers only have every other computer available to use. After using a computer, they have to be disinfected with an alcohol-based sanitizer. Keyboards also have a protective cover on them.

On top of all of the precautions, everyone on campus has to wear a mask at all times. On my campus, I feel as safe as one could during a pandemic. Both of my in-person classes are now only once a week instead of twice and have been turned into hybrid classes in order to reduce the possible exposure time. Despite all of this, however, I’m still in a public setting that hundreds of people visit every day during a pandemic.

Being in a public setting during a pandemic is unsettling, at best.

There is always a chance of being exposed to a deadly virus. It may not be as fatal to our age group, but many college students — especially at community colleges — are either older or living with older people. We have to be concerned about that. No matter how careful we are, if we’re in public, we have a chance of catching COVID-19 and spreading it.

Being worried about catching a disease with no known vaccine is absolutely valid. Being anxious about catching it is completely understandable. However, as human beings, we are constantly having to learn how to adapt. I believe the majority of schools are doing a great job adapting and keeping their campuses safe. The majority of states are mostly opened back up. In that context, it would be idiotic for states not to at least give schools the option to open up. Telling your citizens they can go to bars and the beach but not to school makes zero sense. I believe schools should be opening back up with major steps and precautions taken, i.e. social distancing, masks, temperature checks, etc.

A lot of people who are against reopening schools also say that those who do not have personal access to a computer can just go to the library. That, however, would make no sense.

Telling someone they can’t go to school because of public exposure and then saying they can go to a place with public exposure is hypocritical and narrow-sighted. The bottom line is this: If we want students to have an education, schools have to reopen at least partially.

Pushing an entire country of students back for an entire year for the “good of our country” is only good for people who don’t have to worry about their education anymore. According to Fast Facts, there are nearly 100 million students in the United States right now. That’s not including the teachers, faculty, and staff. As a result, nearly 50% of our country would be negatively and directly impacted by schools shutting down.

What’s more, we live in a country that has trouble thinking past tomorrow.

We live in the moment with no regard for the future. Partially opening up schools with precautions is the right decision for the long run. Not every student has a computer at home so it’s not possible to switch to online-only teaching. Education is meant to be inclusive, but to underprivileged kids, going all online will be anything but that to them.

I feel very thankful to go to a school that takes this situation so seriously. However, I understand that not every school is going the extra mile. Before writing this article, I sat down and thought about all of it for quite a while. I weighed every scenario in my head and tried to predict how each one would affect our country. I am pleased with the way that my school is handling the pandemic, and I truly hope that many others will be following suit.

4 Reasons You Should Stop Caring What Other People Think Of...

Why Having Stability While Growing Up Is Crucial