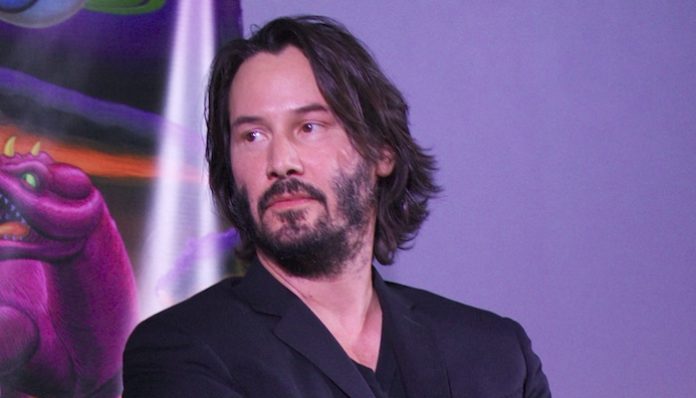 Finding the nicest person in Hollywood is just like searching for a treasure underneath the rainbow. Throughout the years, celebrities have been synonymous with their ‘diva-like’ behavior. Many of us have also witnessed the celebrities that we thought were genuine end up being quite the opposite. Being famous and having cameras around you may be one of the reasons, but people still should be professional and kind regardless of the pressure they’re experiencing.

Luckily, some celebrities can tolerate cameras with grace and act courteously towards their fans. Want to know which ones they are? Here’s a list with some of the most famous ones.

Known for his roles in The Matrix and Speed, the actor is aware of the fame and attention he garnered. Nevertheless, he remains humble and respectful towards other people. His empathetic behavior was shown when he gave an autograph to a Cineplex employee without asking, and when he reportedly donated 70% of his earnings from The Matrix to charity.

This actress’ career has spanned over seven decades with gigs in Toy Story 4 and Lake Placid. White’s passion for film and television can never be forgotten as she continues to act without rest. One of her best advice on life that everyone should follow is, “Don’t forget to laugh.”

The rapper is best known for her speeches on racism and sexism in the entertainment industry. After joining the scene in the 80s, she inspired multiple female artists and was even nominated for an Oscar. Recently, the star created a film mentoring program for women of color called ‘Queen Collective.’

Born to Indian immigrants, Mindy Kaling has gone on to succeed in the acting, screenwriting, and producing world – despite the adversities she faced. After she departed from The Office, Kaling landed a whirlwind of opportunities through The Mindy Project. Instead of facing her fears, she took the initiative to showcase her talents.

The actress behind Dr. Cristina Yang from Grey’s Anatomy is more than just an extraordinary performer. Sandra Oh has achieved incredible milestones in her career, such as being the first woman of Asian descent to receive an Emmy nomination for a lead role in a drama series. Additionally, the actress has also spoken about the issues that people of color face in Hollywood, including cultural misrepresentation.

Even though he ended up portraying Tyrion Lannister on Game of Thrones, Peter Dinklage was skeptical about the role at first. Suffering from Dwarfism, he was aware of how producers may perceive him. Despite his doubts, he decided to take on the role and as a result, became one of the most likable characters from Game of Thrones. What’s more, his dedication, talent, and advocacy for animal rights make him an admirable celebrity.

Described as one of the most versatile actors, William “Willem” Dafoe has over 100 credits on his acting resume. Seriously, he can be anyone from a superhero to villain. Additionally, he has produced six films in 2017 and continuously supports animals.

Talented and courageous, Adele has been placing charity at the forefront of her career even before she won six Grammy awards. During her 2011 world tour, she requested every attendee to donate $20 to a charity that offers support for parents who lose children. Nowadays, Adele continues to be a supporter of Amnesty International.

Despite the negative connotations of Hollywood fame, many celebrities continue to put charity, performance, and empathy before prestige and power. These celebrities are truly one of a kind and also great role models for us to follow. In the future, we should all follow in their footsteps and use our skills and influence to make this world a better place.