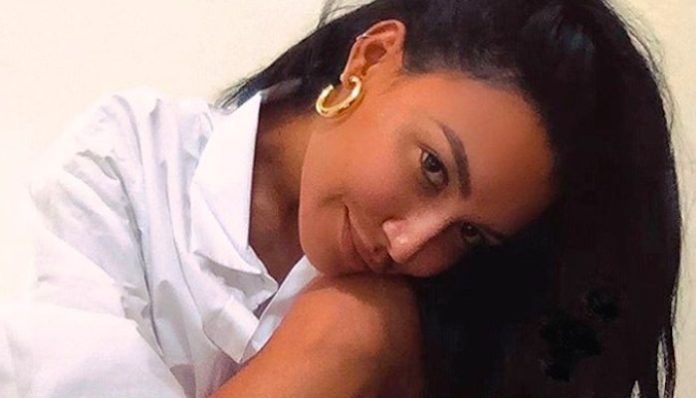 In case you haven’t heard, Naya Rivera, who we know for her starring role as Santana on Glee, has been missing since Wednesday, July 8. She and her son Josey went on a boat ride in Lake Piru. Three hours after the boat was expected to return, the company searched for Naya and her son. They found 4-year-old Josey in the boat alone and asleep, lying next to Naya’s life jacket. Josey claims that “Mom went for a swim, and never got out.” Days later, no one has found Rivera. The star is presumed dead.

This case raises so many questions because some thing just don’t add up. Why was Josey sleeping alone on the boat? Why wasn’t Naya wearing a life jacket during her swim? Where was Naya’s phone and identification?

Although authorities ruled out foul play, many Twitter users have conspiracy theories about what might have happened Naya. Here are a few of the most popular:

1. Naya’s death was actually a suicide.

The day before Naya was reported missing, she posted a picture with Josey captioned, “Just the two of us.” To most this might seem like a typical caption, but Twitter users see a link to Eminem’s dark song “Just The Two Of Us,” which is about suicide. The last verse of the song has some phrases that allude to the incident, like “sleepyhead,” “made a nice bed for mommy at the bottom of the lake,” and “There goes mama, splashing in the water.” While the suicide theory may seem like a stretch, it’s also rather easy to see the connection.

2. Naya was under the influence.

When the Naya Rivera news started to trend, video surveillance of Naya and her son arriving at the lake hit the internet. The video shows Rivera entering the parking lot in a reckless manner, which suggests that she might have been intoxicated. Shortly after, Naya takes a white bag out of the car. Many didn’t understand why Rivera took a white bag out of the car. What was in it? While some assumed it was a lunch cooler, others assumed that it might be tools for a suicide. The footage also shows that while walking to the boating dock, Rivera is seen walking rapidly a long distance ahead of her son. The footage suggests that Rivera may have been in a rush to get to their rental boat, but why?

On Twitter, many noticed a jet-ski right behind Naya and her son as they board the boat. Once the boat started sailing, the jet ski began to take off in the opposite direction. However once Rivera took off, the jet ski near Rivera’s boat again. While one might think that this is nothing out of the ordinary, why did the jet-skiiers seem to watch the boat? Did jet-skiiers kidnap Naya? Also, if anyone on the jet ski witnessed Rivera before she went missing, why hasn’t anyone questioned them?

Sadly, Naya isn’t the only Glee star who’s gotten into a dangerous situation. In previous years, other Glee stars, like Cory Monteith and Mark Salling died unexpectedly. There have also been other incidents that suggest that the show might be “cursed.” While this theory might seem like a bit of a stretch, many Glee fans on Twitter have taken notice of the actors’ deaths, and it is a bit odd.

No matter what you believe about Naya Rivera’s disappearance, keep Naya’s family and her son, Josey, in your thoughts. We’ll keep you posted on any updates we hear!

Do you have any thoughts about how Naya Rivera disappeared? Let us know in the comments below!

The Truth Is I Love You But I Am Done Fighting...