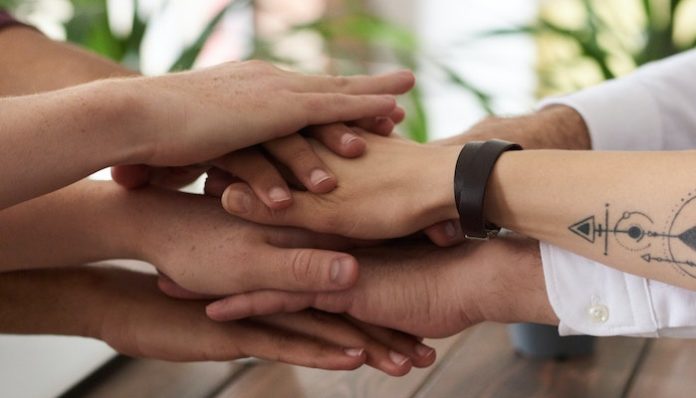 While many people use the phrase “I don’t see color” with good intentions, they don’t realize how hurtful and dismissive it can be for people of color. People who say this think that they’re communicating as to how they treat every person with the same amount of respect and kindness. However, they don’t realize the negative effect this statement can have.

The phrase is often followed by an uncomfortable silence, sideways glances, shifting of balance, and an awkward laugh to break the tension or awkwardness. That change in someone else’s behavior goes unnoticed by those of privilege. Like the one who said it, who doesn’t know the pain this thoughtless remark can cause.

I’ve spoken to many friends in light of the current riots and protests occurring around North America. We’ve had conversations about past experiences, ways to have a better understanding, and how to be allies. But the most impactful discussions I’ve had were around how bothersome the phrase “I don’t see color” is.

It sounds like a casual dismissal of someone’s hardships or heritage — one they’re very proud to have, despite the cruelty they’ve experienced. Someone’s color might be a significant part of who they are and a way that they’d like to be recognized. They want to be seen for all that they are, not just for their career, familial role, or their attractiveness.

To those who repeatedly hear this phrase, “I don’t see color” says “I don’t hear you.”

It’s like the moment those words are uttered, all further lines of communication about inequality or injustice are cut off. It’s silencing people — or giving the impression you are simply unwilling to listen. It makes people wonder, are you even willing to discuss the people at the center of every protest? It could be viewed as a way to shift the attention away from race because it’s uncomfortable for them to address it. Ultimately, this is an act of privilege. They can choose to ignore the issues, while those of color must endure and work through them each day.

To anyone of any race who ever hears this sentence, “I don’t see color” says “I don’t understand you.”

It shows that the speaker has no desire to understand where people of other races come from or the obstacles they face. This person is saying they don’t care why others act the way they do. Surely as women, we can relate to those of other races who have experienced the same gender-related issues. However, that isn’t the case for race. Not everyone has experienced the same opportunities and have been graced with privilege. And not everybody can say they’ve been profiled by the police just for getting into a car they own. Or for walking through a grocery store looking to feed their children. It’s incomparable.

But we need to make an effort to become better allies for everybody on this planet. We all need to be seen. We all need to be heard. And we all need to be understood. We need to do better and we can’t stop until we see a progressive change. It’s okay not to understand someone else’s experience, but you must be willing to listen.

“I don’t see color” indicates a lack of empathy for many people.

It’s upsetting how many people have yet to realize just how insensitive this is. Yes, it is intended to mean “I see you as a person and your skin color doesn’t change how I see you.” But that’s not how it’s received. Ultimately, you are responsible for the outcome of your actions as well as your actions themselves.

We should no longer invalidate someone else’s reality by a sentence that’s used as a cover-up for “I support you” when they’ve barely shown any support. We should no longer follow stereotypes designated for certain races and use them as an explanation or joke during daily occurrences. “It was just a joke” has never and will never make your insensitive comments acceptable.

So before you use it again in an effort to “show support” to your friends or to strangers of color, please consider the impact on someone who’s listening. Think of other ways to show support and acknowledge them for who they are and the wonderful differences that come from that. There are so many ways we can stand in solidarity without dismissing communities and parts of their identities.

4 Things Your Engagement Ring Reveals About Your Relationship

14 Things I Want My Future Children To Know