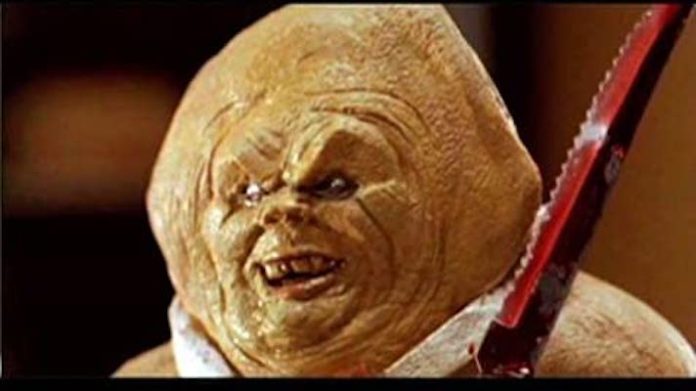 I have seen countless movies in my life. Some were good, some bad, and some were just outright weird. Then there is a different category – the ones that are just so unbelievably cheesy and ridiculous that you have to question their actual existence. Well, let me tell you, there are some films I’ve seen that you simply have to see to believe that they actually exist.

This movie is an absolute catastrophe starring Gary Busey. It’s about a serial killer who gets killed and his mother, who happens to be a witch, curses some gingerbread dough to exact revenge. It’s basically as if you turned Child’s Play (1988) into a Christmas horror movie. If you think this one movie can’t get any worse, try the sequel The Gingerdead Man 2: Passion of the Crust (2008).

Perfect for 4/20, this horror/comedy featuring Tommy Chong is one that I had no idea could possibly exist. It’s about a group of stoners who come across an “antique” bong.  The more they use it, the more the bong starts to resemble a face and, consequently, steal the souls of whoever uses it. I’m not going to lie, this movie is hilarious.

Do you like movies about crime, karate, and bad mullets? If so, Samurai Cop may be just what you’re looking for. It’s basically a white bad-boy cop who is going against a group called the Katana to end a massive drug war. Is he a cop? Yes. Is he a samurai? Also yes. And the sequel features bad movie legend, Tommy Wiseau.

This New Zealand horror film is one that I still struggle to believe exists… and I’ve seen it! Killer Sofa isn’t even actually about a killer sofa. It’s about a murderous, stalker recliner that sort of resembles the stack of paper in the Progressive commercials. This movie has evil furniture, love pacts, and witchcraft all mixed together to create one of the funniest movies I’ve ever seen.

Weird and hilarious, The VelociPastor is about a pastor who can shape-shift into a velociraptor. He decides to use his shifting ability to protect a young prostitute and win her heart. You might be thinking, “Okay, that sounds bad, but I’m sure the animation is good right?” Absolutely not. He’s basically in a rubber dinosaur suit the entire time and the fight scenes look like footage of people larping. This movie is actually free to watch for anyone with an Amazon Prime account so please go watch it and see for yourself how bad this trainwreck actually is.

Can you believe these movies actually exist? If so, which one surprised you the most? Comment below to let us know which one you think is the most ridiculous!

Featured image via The Gingerdead Man