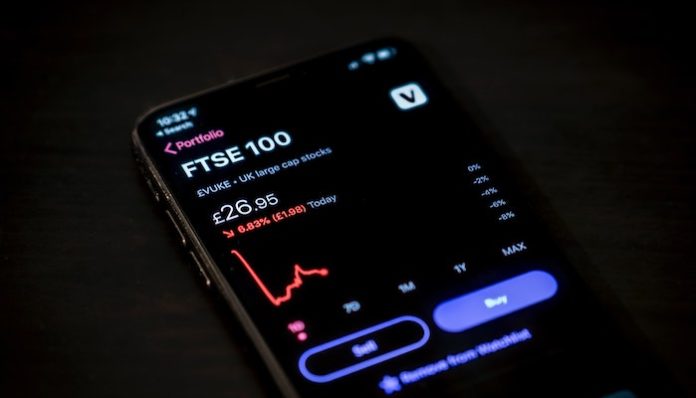 Right now, you’re probably at least a few days into your Coronavirus self-quarantine and are probably wondering when it’ll end. The truth is that no one knows when the virus will subside. But while we’ve been through other virus outbreaks before and we’ll survive, we should pay more attention to the economy.

Just a few weeks back, bankers and finance experts proclaimed that we’d see nothing more than a “short, sharp shock” to the global economy. Those on Wall Street claimed that China would see a “V-shaped recovery” and that the markets are “overreacting.” That’s economist-speak for “It’s no big deal.”

It turns out, though, that those economists couldn’t have been more wrong. Less than a month later, China continues to push through recovery but the virus is spreading rapidly throughout the U.S. Meanwhile, the global economy must grapple with the worldwide effects of the virus.

Here’s how the novel Coronavirus is affecting our economy — and what it means for you.

According to USA Today, 24% of businesses plan to downsize as a result of the virus’ effects on their bottom lines. Most companies have encouraged Americans to work from home, which is a nice solution for many. However, millions of people can’t telework. How does a veterinarian work from home? A handyman? A server? Job loss impacts so many types of workers during this time.

Many companies won’t survive this recession.

If you just lost your job, are you likely to spend money? Hell no. And what does your lack of spending do to the economy? Bad things. Individuals need to earn money, then spend some of it on their livelihood. As wages go down (or disappear) there’s less money circulating through the economy.

This dynamic is why the Coronavirus’ effects appears dire. Not only is travel restricted, which inherently puts a hold on certain aspects of the economy, but many individuals are also experiencing economic turmoil of their own. Consequently, some companies may not survive the effects of COVID-19. It doesn’t help that China’s economic downturn has caused a ripple effect of supply chain issues for businesses worldwide. Altogether, as a society, our economy will eventually bounce back, but right now, our economy is taking casualties.

Although it feels like the world is grinding to a halt, some companies are in desperate need of workers right now. Grocery stores are hiring in an attempt to keep up with the influx of customers. Amazon also just announced plans to bring on 100,000 new workers in order to match delivery demand. If you need extra income during this time, have hope!

The Fed (a.k.a. The U.S. Federal Reserve) slashed rates to 0% in March 2020, which hasn’t happened since the major recession in 2008. Slashing credit rates typically stimulates the economy, we won’t see the effects. This action makes it easier for businesses and financial institutions to borrow money from the government, which in turn incentivizes those entities to pass on the savings to individuals.

Gas prices will continue to decline.

Cheap gas may seem like a moot point if you’re stuck at home, but it’s still a silver lining to this pandemic — at least for individuals. The hope is that it’ll support spending elsewhere, which is good for economic recovery. However, plummeting gas prices aren’t good for the American oil and gas industry, which doesn’t help the economy as a whole. Time will tell how significantly current gas prices will affect the economy. At least you can get cheap gas now, though!

While we clearly see the physical effects of the COVID-19 pandemic, it’s more difficult to see the economic ones. The truth of the matter is that we don’t know how sharply the global economy will decline. However, the hope is that we can rally to improve the economy once the virus is contained. In the meantime, don’t be that guy who infects someone else (and causes further economic turmoil) — practice social distancing.

Photo by Jamie Street on Unsplash