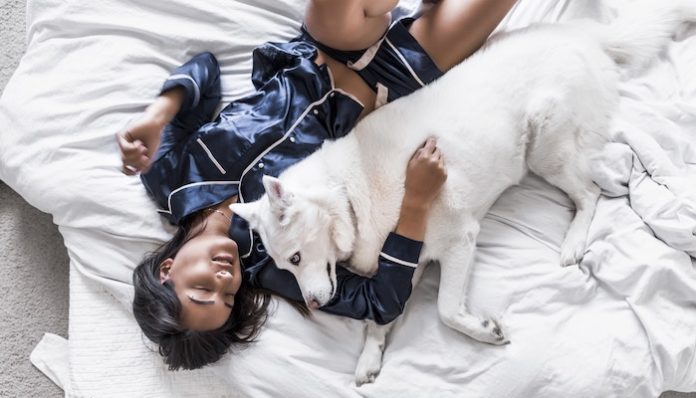 In 1980, Dolly Parton, Jane Fonda, Lily Tomlin along with their friends took the silver screen by storm with their hit Nine To Five. The movie follows working women who’ve grown weary of their misogynistic boss ordering them around, giving their promotions to men and sexually harassing them. Their solution? Kidnap him and run the office themselves. While it’s a far-fetched and highly illegal stunt, we can’t say we’ve never had similar fantasies about our own workplaces from time to time. The kicker here is the title, Nine To Five. Decades ago, once we clocked out at 5:00 pm on a Friday, we didn’t think about reports or meetings until 9:00 am Monday morning.

That is no longer the case.

From the 1990s to the 2010s, we started the trend of bringing our work home with us. First, it was pagers, then Palm Pilots, and now it’s graduated to smartphones. Our digital devices have allowed our bosses to reach us anytime, anywhere. According to a recent Buzzfeed News article, millennials have become the burnout generation. And I think I know why.

We were not raised to be idle. Instead, we got up at 6:00 am, went to school, and after school, we competed in extracurriculars. We were rarely encouraged to enjoy our boredom. Nearly every moment of our childhood was scheduled. It only intensified during our teenage years and then in college. As we’ve graduated college, we’ve moved into the workforce.

This is where the story of our work martyrdom begins. We are runners in the rat race that never ends. According to a study by website, Project: Time Off, a work martyr is defined “as someone who feels a sense of shame for taking time off. They are driven to overwork out of fear that they’re disposable or otherwise not valuable if they aren’t burning the candle at both ends.”

We are sacrificing our time, energy, and even health for jobs that we could be replaced at by tomorrow. According to a survey from an employment site Monster, 11% of employees feel guilty about taking time off. Another 32% don’t feel guilt but they feel attached to the office, even on their time off.

This madness must end! Sloth is one of the seven deadly sins of the Christian Bible, but there’s a huge difference between sloth and rest. We are inundated by this societal message that if we are not accomplishing something during every waking hour, we’re lazy. As though there’s a moral failing to needing a break. We’re working 50+ hours a week, which ends up being counterproductive, as productivity takes a sharp decline after 55 hours. It’s humanly impossible to keep up this pace, according to science. Here are a few health effects from burning the candle at both ends.

1. You turn to escapisms

After clocking out, we often want to forget the stress of work. We can turn to substances for relief, like alcohol or marijuana.

It’s quite simple really. We get up earlier and fall asleep later. Our bodies are not getting the rest they require. It can even escalate to driving while drowsy, which can be as deadly as driving under the influence. Poor sleep can also increase your risk of serious conditions, like type 2 diabetes and heart disease.

Constantly being at the office, construction site, or even pulling an all-nighter can contribute to depression.

4. Your personal relationships are showing strain

Longer hours leave very little time for romance and other relationships. When your employer wants you to work on Thanksgiving and your family was counting on you to bring the sweet potato souffle, it can be a real bummer.

Society has taught us that taking our vacation days or calling in a mental health day makes us lazy. Lazy is that dirty four-letter word that’s synonymous with indolence. However, this couldn’t be further from the truth. Our brains need to recharge just as much as our iPhones do. As the adage goes, we can’t pour from an empty cup. So the next time someone implies you’re lazy because you’re enjoying a day of nothingness on your well deserved day off, tell ‘em, “Thanks, you should try it sometime!”