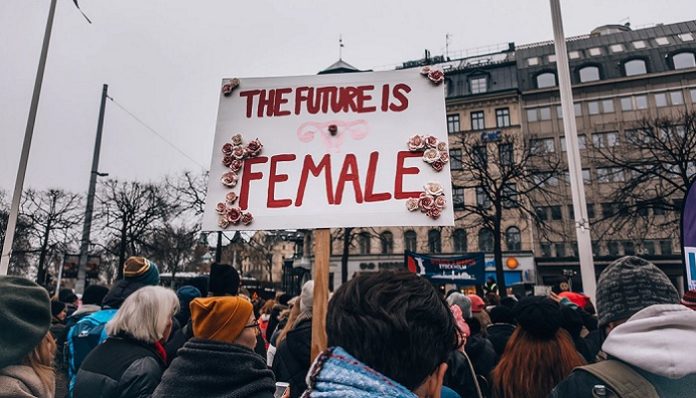 Katerina Sakellaropoulou has just been elected the first female President of Greece (the Hellenic Republic) and won by an overwhelming majority. 261 deputies in the 300-seat House voted in favor, almost all of which were men, with only 5 other women holding seats. It’s more than a win in the head office in Greece, it’s a win for gender equality.

No woman has held this position in nearly 200 years since Greece proclaimed independence.

In her speech, the President-elect said, “Today, a window to the future has opened. Our country enters the third decade of the 21st century with more optimism.”

The 63-year-old first made history fifteen months ago when she became the first woman to serve as the President of the Council of State, the country’s top administrative court.

Her reputation in both the political and judicial world has always been strong, especially considering she doesn’t belong to any political party. Instead, she stands up for minorities unafraid to clash with whoever gets in her way. She is as progressive as they come and determined to make a change.

Part of what makes this win so empowering is being aware of the gender gap in a country like Greece. While they pride themselves on creating common tools we use today, they are still very far behind on gender equality.

According to Eurostat, the pay gap between men and women in Greece was more than 12% in 2017. Presumably, this study was made in a large city where women are more prone to work. In the small villages that make up most of the country, women are strictly housewives unless there is no man of the house. So this statistic might even be more drastic than initially reported.

On top of that, a lot of men still fail to be progressive and respectful towards women. Nor the idea that women are capable of being as successful as men can. I’ve never met a Greek woman who isn’t as hard-working, stubborn, determined, caring and authentic as the next. They are all tough women who know how to get stuff done. Personally, I find the men to be as entitled, old-fashioned and privileged as they come. So perhaps that’s why her male peers knew their country desperately needed a change. And she was the best all-around recipient of this honor.

There’s a huge societal difference between men and women which I don’t think the rest of the world acknowledges unless someone has experienced it first–hand. To locals, it seems normal because they know nothing different.

As a half Greek woman who has been raised in a supportive circle with my pro-feminist father and grandfather, I’ve seen first-hand how many men in that culture doubt women’s abilities. It’s a common belief that women should be housewives and caretakers to children. I’m glad I was raised, encouraged and defended by my dad and grandfather. I was always pushed to have dreams and to be more than what my relatives expected me to be – much like President-elect Katerina Sakellaropoulou.

I’m proud of my Greek heritage, but I’m aware we need to do better and set better examples.

What’s more, this milestone marks the beginning of a new era in politics worldwide, not just in Greece.

For the first time, the world is being exposed to a leader with no political bias. Someone who fights for environmental and human rights, and someone who can use her voice in a room full of dominant men while holding her own. The potential for change is at an all-time high with more women gaining the confidence to obtain such high positions as well.

Additionally, Greece holds one of the longest political terms in the world with an election occurring every five years. There is lots of room and time for crucial change and influence to be made.

I will certainly call her a role model for young women worldwide. Not only for her efforts but also for her triumphant win in a harsh male-dominated country and industry. If a woman can go through as much bullshit as she has, she deserves to be celebrated and talked about.

Congratulations to soon to be President Sakellaropoulos, who will take the oath of office on March 13, 2020. I’m excited to see you use your platform for progressive change and promising results!