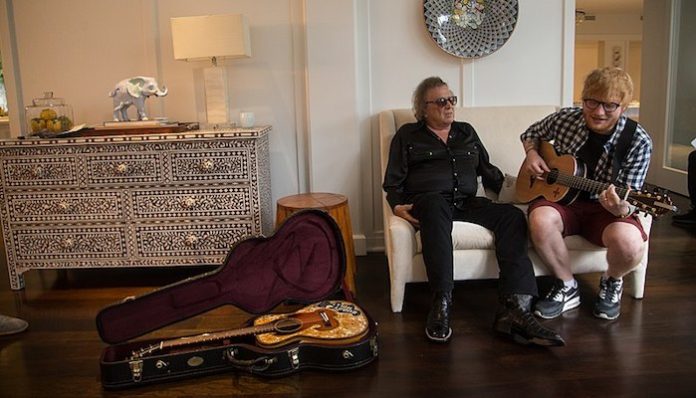 You may have heard the shocking news that Ed Sheeran is retiring from music. Thankfully, that’s just not true. Instead, he has decided to take an 18-month break from touring. In fact, the British hit maker shut down retirement rumors in a sassy post to his Instagram story this morning.

After his 893 day ‘Divide’ tour that spanned 175 cities in 46 countries, it’s understandable that he would want a break.

Besides, we shouldn’t find this too surprising given his tendency to go off the grid. Before he released Divide in 2017, he took a full two-year public hiatus and ditched his cell phone. Instead of obsessing over his Instagram followers, he traveled to Africa. When he wasn’t recording, he helped build music programs for underprivileged children. Oh, and he spent a lot of time with his dying grandmother whose hospital was down the street from a recording studio he was renting. The tear-jerking song Supermarket Flowers actually describes his experiences during this important break.

However, that’s not stopping people from speculating what he’ll be doing during this lengthy break.

The 28-year-old singer married his childhood sweetheart, Cherry Seaborn, in a private ceremony in December 2018. Some reports state that he wants to spend time with her and maybe even start a family.

Sheeran also shared numerous times over the years that he’d love to retire and create music for himself. He also wants to focus on producing music for other artists. That way he’ll be able to focus on being a present parent and enjoy life while still participating in the industry and doing what he loves. Though, hopefully those plans slightly change because the world loves his music.

Luckily, Sheeran also stated that he plans to make another album and hang out with his cats. In the mean time, we can all continue to enjoy his latest Collaborations EP.

Fans will certainly be impatient waiting for the next chance to see Ed Sheeran live, but for now he’s getting the time off that he deserves, and we will eventually get a new album to enjoy!