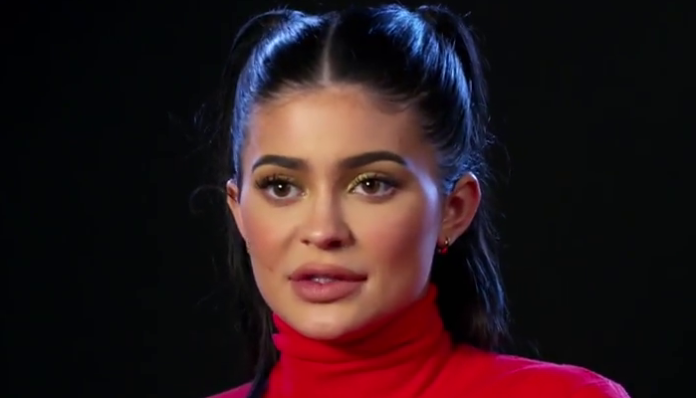 It’s been an exciting year for the Kardashian/Jenner family already. With the news of Kim’s forth baby is on the way via surrogate, Kourtney’s new brand Poosh launching soon and the fifty shades of wild Khloe-Jordyn-Tristian debacle, followed by that very bizarre Red Table Talk interview with Jada Pickett Smith. Oh, and the rumored Tyga cheating scandal. Kris Jenner has been BUSY .

Although, it seems like there has finally been some happier news to come Kylie’s way. Forbes Magazine just named her the youngest self-made billionaire in the world. At 21 years old, she has beat out Facebook founder, Mark Zuckerberg who was given the same title at 23 years old.

Forbes Magazine estimates that she has made over $900 million through her company, which she is the sole owner of.

According to the article:

“I didn’t expect anything. I did not foresee the future,” says Jenner. “But [the recognition] feels really good. That’s a nice pat on the back.”

But how did she build a brand so young?

Kylie praises the power of social media in her article as her cosmetic company started online and has only recently transitioned into retail stores such as Ulta. Jenner announces all of her new product launches and sneak peaks via Instagram and Snapchat, Instagram, Twitter and Facebook where she has a “combined total of 175 Million followers”.

Her website has been deemed as very popular for young people despite the slightly higher costs. The quality of what you pay for is definitely worth it as most of her lip sticks have been voted as some of the best beauty products to buy by Allure.

Although some question the term “self made” as she launched this beauty line well after she became a star on a reality show and became a household name for her family, it’s undeniable that she has built her own empire outside of their name. However, she does occasionally collaborate with her sisters on mini limited edition products in shades and products her sisters would most likely wear and use. Aside from that, she does it all with her team.

Recently, the make up mogul announced she was launching powders after she released her new line of bronzers, highlighters (or as she calls ‘Kylighters’) and new high glosses (otherwise known as lip glosses).

While everyone loves to bash the Kardashian/Jenner family, clearly one of them is doing something right. And it doesn’t look like she’s slowing down any time soon.