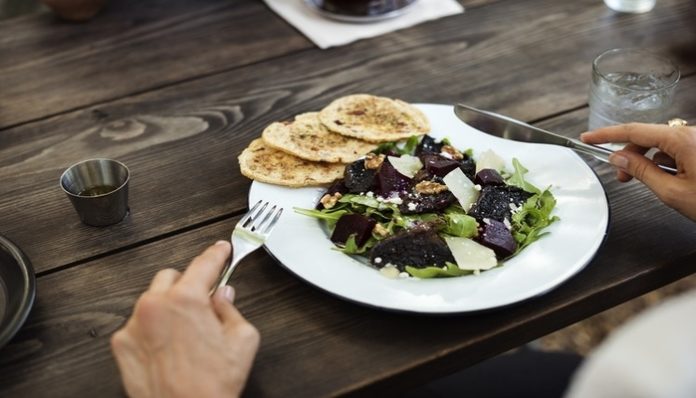 I’ve been on the Ketogenic Diet for five months. This means I’ve deprived myself of sugar and carbs and replaced them with fats… yes, fats! When I was growing up, all the magazines I read said to avoid fats at any cost and to stick to the healthy diet the USDA recommends instead.

I lived my entire life believing that the food pyramid was the right diet for my body.

But, five months ago I discovered the Ketogenic Diet. I read numerous studies and even watched films such as “The Magic Pill.” After I researched, I could not believe what I had been feeding my body. Before grains became a primary part of our diets, humanity hunted and gathered to survive. With Keto, that’s exactly what you do, or, in most cases, it’s what you eat. The human body has been through numerous stages of evolution to its current state, so our genetic makeup has been made to embrace the Ketogenic Diet.

I’ve now limited my carb intake, foregoing grains, rice, bread, cereal, and pasta. These had been some of my favorite foods at one point in time. I’ve always been a firm believer that we shouldn’t deprive our bodies of what they want. That’s why I slowly took carbs out of my diet before going full-blown Keto. If I had quit cold-turkey, I would have gone crazy, giving up the entire diet in a matter of days.

So, what exactly is the point of Keto? Well, to enter Ketosis.

Dr. David Perlmutter describes this phenomenon in his book, Keto Clarity: “Ketosis allows a person to experience non-fluctuating energy throughout the day as well as enhanced brain function and possibly resistance to malignancy.” When I first heard about existing in a state of Ketosis, I immediately thought it was ludicrous. However, now that I have personally experienced Ketosis, I can say without a doubt that it has changed the way I think, feel, look, and act.

Since I’m only human, I indulge in carbs and sugar every now and then, but the amount of carbs and sugars I take in has dramatically decreased because I want to stay in Ketosis. Studies have shown that  being in Ketosis has diminished diabetes, shown significant social improvements in children with Autism, led to increased cancer remissions, and lessened epileptic seizures in epileptic children.

I am not attempting to persuade people to join the Keto movement, but I will say this: I have never felt healthier in my entire life. When you pair it with regular exercise and brain stimulation, the Ketogenic Diet burns fat and makes you more you. Kim Kardashian and Vinny Guadagnino, today’s modern geniuses, even use it (and, in all honesty, they look amazing).

I urge you to watch “The Magic Pill” (available on Netflix). I strongly believe it will change your perception on food, even if you decide Keto isn’t for you. If you’re interested in trying, start off with some Keto Cookies and see how you feel!

How Meeting Nicholas Sparks Taught Me To Reach For My Dreams