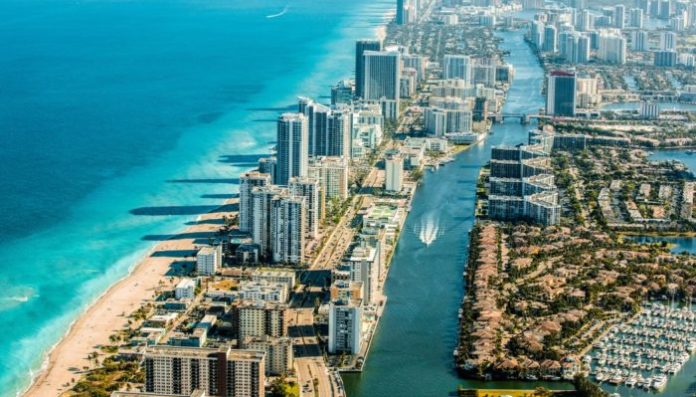 Florida is a particularly beautiful part of the world. Not only are there stunning beaches, great places to shop, and a lot of luxury private villas in florida to rent, but the area is home to some wonderfully exotic weather, too. But, when is the best time to visit Florida, though? During the summer months when there are tourists everywhere, or the winter months when fewer people are around? Below you will find a bit of information about Florida’s weather and where you may wish to stay during the best time to visit Florida.

Let’s take a closer look at all 12 months of the year: what the weather is like and what events are occurring. This will help you to decide exactly when you want to visit this incredible part of the world.

The month of January is usually the coldest month in Florida. You can expect temperatures to be as low as 10 degrees Celsius (49 degrees Fahrenheit). When the sun is at its highest in the sky, it can bring temperatures up to 23 Celsius (74 Fahrenheit). It won’t be an uncomfortable heat, though, so you can still enjoy running around a theme park or two.

During February, temperatures start to get a little hotter, which means more and more people will flock to the beaches. You can expect to see the Mardi Gras take place at Universal Studios, and, towards the end of the month, the Daytona 500 takes place, a must-see event for all NASCAR lovers.

March is the start of spring in Florida, and the area tends to be quite sunny and dry. Why not head to Epcot to see the International Flower and Garden Festival before making your way to Downtown Naples where the Festival of Arts is taking place? Keep in mind that a lot of students head to Florida for spring break during this time, so the resorts and beaches may not be as quiet as you’d like.

In April, the days start to get longer and the temperatures reach approximately 27 Celsius (81 Fahrenheit). You may think that the warmer temperatures attract more visitors, but this isn’t always the case. However, there are a few local events that may be of interest to you such as the Siesta Fiesta Arts Festival in Sarasota, and the Fort Myers Beach Film Festival. Both are definitely worth a visit.

The month of May brings with it the start of the warm weather, making Florida the ideal vacation destination. While theme parks start to become busy, they’re not yet overly crowded at this time of year. During the month of May, Orlando hosts its International Fringe Theater Festival which is always worth checking out.

The month of June is well-known for being the wettest month in Florida. Visitors can expect to see as much as 7 ½ inches of rain during June Temperatures at this time can be as high as 33 Celsius (91 Fahrenheit), so when it’s dry you may want to head to the beach and work on your tan.

July is undoubtedly one of Florida’s hottest months, and it’s also a great time to visit some of the theme parks as there’s usually a great deal on admission prices. If you’re in the area during the first week of July, you may want to gear yourself up for the 4th of July celebrations happening at all the major attractions.

August is another hot month in Florida, which means a lot of people head straight for the beach. This time of the year is when the theme parks can be particularly busy before the little ones get back to school. However, later on in the month, the theme parks are usually quieter, so if you don’t have children, you may want to visit in late August instead. But if you’re looking for some quality time with a loved one, you can always find a couples beach resort.

Once the Labor Day celebrations are over and done with, you will find that September is a quieter and slightly cooler month. There may be a few pop up thunderstorms in the area, but aside from those, you won’t see much rainfall. The good news is that most of the theme parks will still be open and they’ll be a lot quieter, too.

October is perhaps one of the best months to head to Florida if you would like to visit when the weather is still pretty good. Temperatures can get up to 22 Celsius (72 Fahrenheit) and there is a lot less rain around, too.

Known to be quite dry, November is a good time to visit, especially as it signals the start of the International Film Festival that takes place in Fort Lauderdale. While temperatures tend to be a little lower than they are in October, it’s still rather pleasant here, albeit a lot quieter.

With temperatures reaching as much as 22 Celsius (72 Fahrenheit) on the warmest of days, you probably won’t spend December shivering. The area is a lot quieter than it is at any other time of the year, but most attractions are still open, so you may want to visit if you like quiet streets and cooler weather.

As you can see, Florida has something to offer everyone no matter when you choose to visit. So, think about what weather suits you the most and what events you would like to see. Then book your vacation to this exciting part of the world!