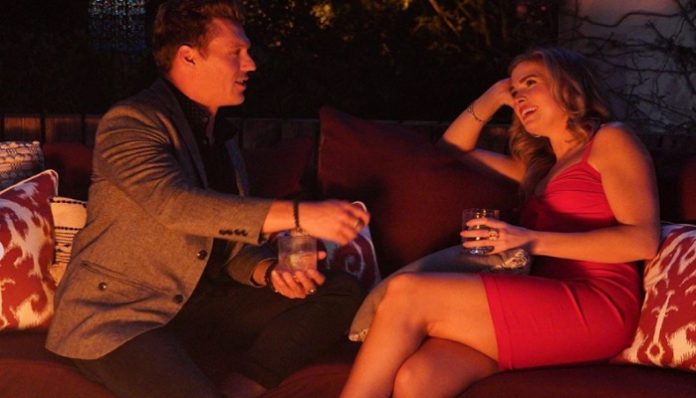 It’s that wholesome time of year again: the hometown date episode of The Bachelorette! Finally, we are able to see what places and families all of these men come from. Unfortunately for us viewers, this time around most of the men’s families seemed quite lovely!

That being said, there was still a lot of drama on last night’s episode (Thanks Tia!), and the Twitterverse agreed. So let’s jump in!

Why does Garrett remind me of a labrador? Apparently it’s because he owns a farm that is specifically for tomatoes. He takes Becca tomato planting and it really stressed me out when they start making out while the machine is still going. Think about all the gaps in the tomato plants!

Think of all the poor baby tomatoes that didn't get planted while Becca made out with Garrett. #TheBachelorette

His mother referenced Garrett’s “deep values.” After seeing his Instagram likes, I’m a little worried what values she could be referring to. But otherwise it seemed like a fairly good home town date. Slightly disappointing considering how normal they were when we want drama, but they’d make for great in laws!

Jason decided a good date idea is a wing-eating contest. Um, have you ever read a single Seventeen magazine, Jason? Wings are a terrible date food! But after completing the challenge the crowd chants for them to kiss and they did. Next they rode on the hood of a zamboni as it slowly drives around the ice, and the driver looks dead inside as they kissed (it was hilarious to watch)! And of course, Becca talked about what a good kisser Jason is for the millionth time. WE GET IT.

"He's the best kisser in the entire world"

However, Jason’s mom was low-key brutal telling him that she “can’t read whether or not Becca is in love with him.” Let’s be honest, Becca’s not picking Jason. But Jason’s brother and his husband stole the show and the hearts of every viewer watching because they were so awesome so it made up for that sad moment. Plus Jason’s brother (aka the one with glasses) has great hair! So curly and well-styled. Jason — ask for styling tips!

hello to the greatest love story of #TheBachelorette pic.twitter.com/cNMiZoZt2J

Blake does the cliche activity of taking Becca on a tour of his old high school, as if this is at all relevant to the kind of person he is now. But then he reminded viewers of the messy divorce involving his high school teacher, and that the shooting took place when he was a student there. I stand fully corrected on my “cliche activity” comment.

In a heart warming moment Blake’s Mom tells Becca about his past breakup, mentioning “the crying, the panic attacks, the ‘I’ll never find loves'” that went on. Again, Blake remains #relatable. Don’t make him go through that again, Becca!!! Next Blake brings out Becca’s favourite singer Betty Who (who I only know about because she sings the Queer Eye theme song). I know producers helped him, but how did Blake score this specifically for his date?! Good work, Blake!

if a man planned a concert with my favorite singer at HIS hometown, the competition would be over and i'd be marrying blake #TheBachelorette

For Colton’s date, he takes Becca to the Children’s Hospital to give gifts to sick children. This is very sweet, and objectively I know that, so I don’t know why it annoys me coming from Colton. I guess he just feels very “look-at-me, I’m a good person” but maybe I’m just too cynical these days. He did make those adorable children happy, and I guess that’s what’s important!

He also brings up his virginity again and as soon as he does, I swear a light goes off behind Becca’s eyes. Becca seemed really closed-off during this hometown, as if she already made her mind up. Then the part where Colton’s mom and her hilarious awkwardness about talking about her son’s virginity came around and it was back to being entertaining again.

Mom didn’t know Colton was a Virgin?!
Becca is discussing Colton’s virginity with his mother?!

What. Is. Happening. #TheBachelorette

We also need to appreciate the special moment between Colton and Chris Harrison here because it is too good not to mention. Colton asks Chris Harrison what is expected of him in the fantasy suite as if Chris Harrison is his camp counsellour. I CAN’T with Chris Harrison’s face here.

Did Colton just ask Chris Harrison if Becca was gonna make him into some sort of sex slave in the fantasy suite? #TheBachelorette

I know what your thinking, Tia isn’t a contestant on this season, but she deserves her own description here because what happened next was wild because no one was expecting her to be there or for what happened next. During a conversation with her friend, Becca lists the guys that are left, Tia’s face waiting to see if she says Colton’s name is pure gold.

Tia basically told Becca, “I am so excited to hear you talk about Blake and Garrett and Jason… but Colton is mine, please dump him so I can date him in Paradise thanks bye.” We don’t know if the awkwardness between the two during this conversation between Becca and Tia, but it ultimately lead to Colton getting the boot. Becca is a really good friend for not mentioning Tia when she sends Colton home. It could have been the perfect excuse, but she avoided it well.

And of course the second Colton left the internet lost it with their predictions that he and Tia will appear on the next season in Paradise. In which, he totally acknowledged on Twitter last night as the episode was airing and Bachelor Nation was losing their minds with this potential game changer.

So Becca could choose Blake, who raises awareness about gun violence, Jason, whose gay brother is his role-model, or Garrett, who LOVES guns and HATES gay people. This should not be a hard decision…#TheBachelorette pic.twitter.com/VzwL689GH3

This is getting too dramatic for me to handle…

European vs American Men: Here Are The True Dating Differences