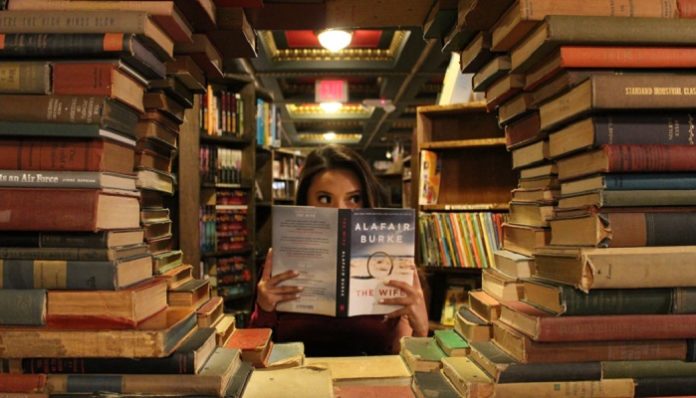 Before I start, I must say that the public library system is a great free resource for Americans. It’s a place where people can have access to literature, culture and an endless abundance of items to grow intellectually.

With that being said, one of my first jobs in high school was working as a shelver at my public library. Was it a glamorous job? Absolutely not. Was it fun? Fun is a subjective term and was based on who was working when I was working. Were the stereotypes portrayed in film and television of people who work at libraries accurate? For the most part, yes.

The library was like any other kind of workplace ecosystem. You had your branch manager who came and went as they pleased and you prayed to God every day that your shift wasn’t during the time they were there. You then had your assistant managers and supervising positions in each department (circulation, children’s, reference) and they were like those mid-level bosses in video games you could beat but would rather skip over. Then you had your employees who were stagnant and had been at that branch of with the public library for decades plus. It was a comfort thing for them and they only knew that. Next level were the low-level full-time positions and then lower than them were the student shelvers, made up by high school and college students who were making a bit above minimum wage to be tormented and harrassed by the patrons of the library.

My experience working in the public library was interesting to say the least. I started out volunteering there so I could get my volunteer hours required for high school graduation, but I realized it was definitely a low key place to work. What you may not realize about the public library system is that it’s just like any other workplace. There’s office politics, managers play favorites and also serve as emotional and mental terrorists to force people into hysterics and eventually quit. You have employees who are so past the point of actual reality that you question why you’re even there.

If there is one place to learn about customer service, it’s working at the public library. Being a student shelver and having to stand out on the floor of the library attempting to clean up after the patrons and keep the dewey decimal system in place, having patience and a good demeanor was key. The key to not losing your mind while on the floor or being in the back in circulation with the delusional staff is remembering that your time there is temporary. It’s not the end of the line. Continuously, I believe it is where I developed my fake customer service voice, which is upbeat and chipper and warm and gives you the impression I want to help.

Personally, my branch located in the heart of senior-citizen central (aka Boca Raton, FL) proved challenging at times.

Have you ever seen a senior citizen determined to get their hands on the latest James Patterson book? I have and it’s terrifying. I’ve seen senior citizens get into legitimate arguments over the carts of books out for shelving because there is one copy of a book left. They would find any and all excuse to complain, whether kids studying were too loud or they didn’t have a specific book on the War of 1812 and it being a travesty.

To their credit, they made sure that they schooled all of us shelvers on history, whether we asked for it or not. The true librarians, the ones with degrees, were masters at finding recommendations and calming the patrons down when they came into the library in a tizzy. They were knowledgeable about literature and the library system that it was amazing that this was something they actually went to school for.

The time I spent working in the public library system was eye opening for sure and I’m grateful for the experience I had working there. It showed me that the “adult” world is cruel and people play politics. It also gave me the tools to determine what I wanted from a job and what I wouldn’t tolerate. It gave me a lifelong friend, and a voluminous assortment of stories to escape in.

Featured image via Daniel on Unsplash