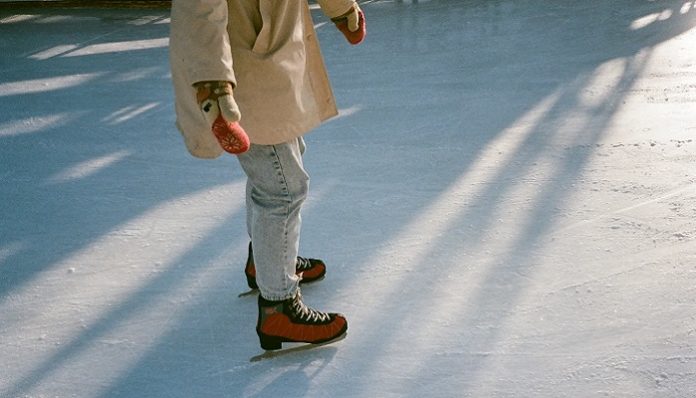 Almost everyone has dreamt of being an Olympian at some point in their life, but most of us are fated to watch the Olympics from the comfort of our couches (with a bountiful stock of popcorn and wine) every four years.  Me?  I’m totally OK with not strapping on a pair of skates or skis and going for the gold.  Here are 6 reasons you won’t catch me competing in Pyeongchang this year.

I live in the kind of winter paradise where people bundle up like they’re headed straight to Antarctica when it’s only 65 degrees outside! My summer-loving, beach-accustomed body definitely wouldn’t fare well in the below-freezing temperatures of icy Pyeongchang!

I’d be too busy dancing in the snow and taking selfies.

How could I possibly concentrate on winning gold at the Winter Olympics knowing there’s real, live, actual snow there that doesn’t come from an ice machine? As that girl who’s only ever seen snow twice in her life (and spent most of that time incredulously shouting “Oh my gosh, SNOW!!!” at the top of her lungs), I’d be more likely to be found twirling around the veritable winter wonderland (sans ice skates), attempting to make snow angels, and taking selfies to -capture the memories- than making a name for myself as a contender for an Olympic medal.

I’m decent at curling… my hair.

The real reason I didn’t make the Olympics this year? I showed up at curling qualifiers with a curling iron, a comb, and some hairspray, and after the judging panel stared at me in complete bewilderment and promptly kicked me out with a firm “We’re looking for something a little different.  Next!” my chance to compete in Pyeongchang went straight out the window. Apparently, Olympic curling has absolutely nothing to do with hair?  Seriously, though: Sweeping a rock across ice in a grueling competition might look easy for Olympians, but it’s definitely not for me. I’m more likely to be found glamming up in front of the mirror than getting down and dirty on the ice with Team USA.

You want me to fly through the air on skis? No, thank you! Land a triple cork on a snowboard?  Nope!  Stick a triple axel? No way; I’m no Marai Nagasu!  I hate heights the same way I love naps, with the burning passion of a thousand suns. Like, even standing in the nosebleed section of a stadium makes my heart race uncontrollably. While those impressive slopestyle jumps are sure to thrill viewers everywhere, the prospect of potentially plummeting to my death from high above doesn’t exactly thrill me. Olympians, huge props for pulling off those flawlessly fancy aerials, but I’m good with staying on the ground.

Some of those Olympic events are early!

I feel you, Red; those Olympic events start too early! But, unlike Red Gerard, my frantic rush to competition after hitting snooze one too many times definitely wouldn’t result in a gold medal. Considering that napping is my lifeblood, I’d easily take Gold, Silver, and Bronze in the World Sleeping Championships, but my striking ability to doze off at the drop of a hat certainly wouldn’t land me on the Olympic podium!

Oh, yeah… there’s one tiny reason I didn’t make the Olympics this year, I don’t have an athletic bone in my body. Shopping is my cardio, and I’d rather be lifting food into my mouth than weight training. I’m also so fantastically uncoordinated that any trip to the ice rink is a considered “successful” when I let go of the wall for a fraction of a second. My failed attempt at skiing ended with my being shuttled off the ice in a snowmobile. (But hey, at least the snowmobile ride was fun!)

This year, you sadly won’t catch me competing in the Winter Olympics. I’ll be doing what I do best: chowing down on leftovers and proudly cheering on the incredible Olympians as they leave us all in awe of their athleticism and discipline.

Why Sticking To A Type Will Forever Leave You Single