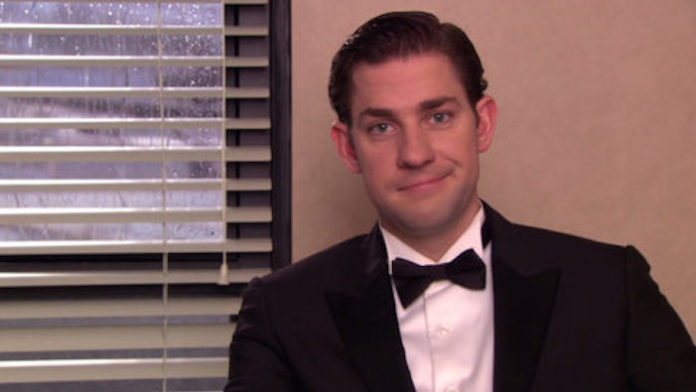 I have a need. My need isn’t for speed or more cowbell, but generally, I have a need to watch The Office. No matter how many times I try to Netflix binge on something else, I always come back to my favorite office with my favorite crazy coworkers. It’s as if I can’t get through a week without Jim making me swoon, Dwight driving me nuts and Michael Scott making me question how some people can tie their shoes. The Office is classic television programming that I never thought could be remade.. Until now.

Brace your Dundie Awards, Dwight bobble heads and mixed emotions because as of last week, NBC confirmed that they were in the process of working on the script for a reboot of The Office. Let the excitement ensue and get out all of your restrained “That’s what she said..” jokes. There is a great opportunity to bring back all of the office fun that we have missed so much from our favorite paper company, but there are going to be some major obstacles that can lie ahead for this reboot. For starters, Michael Scott will not be involved.

I understand if you need a moment to hyperventilate or to cry it out, I was already there. While no one has confirmed who will definitely be back from the original cast, Steve Carell has made it very clear in many different interviews that he doesn’t want to destroy a good thing (genius idea) and would like to move on with his life and career (one smart cookie). If you all remember correctly, Dunder Mifflin was not the same after Michael Scott left in Season 7. He is the essence of the show and they really never found their footing without him. While the last two seasons are good, they just aren’t the same without his George Forman foot burning incidents and his awkward sexual harassment moments in the workplace.

Another thing that isn’t going to be the same is the company or the main idea itself, Dunder Mifflin. The show started in the early 2000s before the internet is what it is. They had touched on this with the sales battle between Dwight and the internet and Ryan trying to make them up to date with the technology of today, but it seems a little far-fetched to believe that a small town paper company could compete with bigger chains suppliers like Staples or Office Max. Unless they do a big renovation with the company itself, the idea of Dunder Mifflin isn’t going to appeal to a new crowd of TV bingers; AKA young people who don’t know what a landline or dial-up internet is.

And finally, the cast as a whole is going to be the biggest determining factor as to whether or not they are going to be able to pull this off. While we have seen NBC successful reboot Will & Grace with the entire cast, that doesn’t necessarily mean that it will happen with The Office. There was such a wide range with the cast, that it is necessary to bring a majority, if not all of them, back in order to repeat that same chemistry. They have already said that they will be adding new cast members, but that doesn’t mean that it will have the same dynamic as it did before. Also, if Dwight Schrute isn’t back, I’m going to start a riot.

Ginger Views: Please don’t f*ck this up NBC. You have already had a great show that continues to crack up generations of Netflix-bingers, and anything less than that perfection will not earn you a Dundie Award among your favorite viewers. While The Office still leaves us looking for more “That’s what she said” jokes to be said and more pretzel days, we only want new episodes if they are done with the entire cast’s blessings. We only want an Office reboot that is going to leave us satisfied and smiling.

Featured Image via NBC’s The Office

Should You Reconcile With Your Ex After The Divorce Is Finalized?