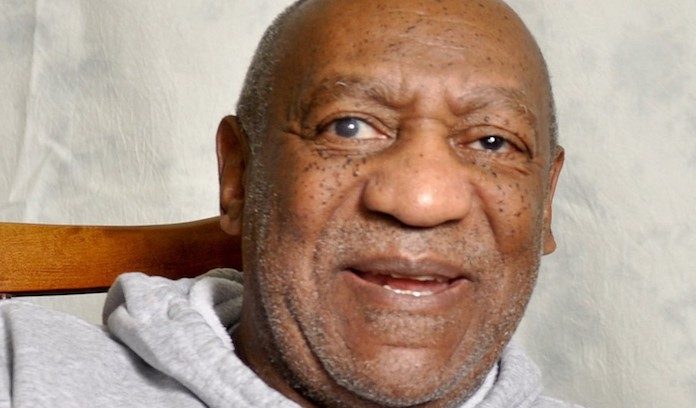 Back in 2014, allegations began to surface that Bill Cosby was drugging and sexually assaulting numerous women.  What many aren’t aware of is that these allegations are nothing new and they stem back to 2004 when he assaulted Andrea Constand. According to WJLA, Cosby was arrested and charged with “aggravated indecent assault” just a year later. It didn’t take long before he was released from jail on $1 million dollar bail. If it were anyone else but Cosby, they would probably be in prison to this day.

Anyone who grew up watching The Cosby Show envisions him as “America’s Dad.”  So, when rumors started floating around that he was being charged for a criminal act, it was enough to shake the cores of every fan.

More information gathered by WJLA shows that Tamara Green, who is one of the alleged victims, told Newsweek that Cosby sexually assaulted her. And her reason for being so reluctant to come forward is, well, obvious. Yet, she was still asked the tough questions, which every woman in this scandal has been subject to.

She said, “Here’s a question: that girl who he attacked in 2004, how did it work out for her? It never works out, unless you’re bleeding and there’s DNA and an eyewitness. I was 19 and he was the king of the world, so how was it going to work? I was a teenager. Nobody would’ve believed me.”  – WJLA

Unfortunately, for all of the women who claimed to be sexually assaulted, the Statute of Limitations has expired. Therefore they cannot proceed with legal charges. However, this does not change the fact that the victims feel violated by someone they thought they could trust, and won’t receive the justice they deserve. Nevertheless, Andrea Constand is the only woman who still has the chance to face Cosby in court.

Now you may ask, who is this woman?

#BillCosby trial update: #AndreaConstand gave her testimony today, asserting that Cosby drugged and raped her in 2004 while she was working for #Temple University. However, the defense claims that there are inconsistencies in her argument. What do you think the jury —which is mostly white and composed of 7 men and 5 women — will rule? #rape #sexualassault #crime #women #news #basketball

Constand was a former athlete who now spends her time working as a massage therapist in Toronto. Similar to Cosby, she has been accused of a few things herself, one, for being called a liar. But would people be saying the same thing if she was a victim of someone else?  Despite some harsh words from the public, she has proven to be a strong advocate for victims of sexual assault.

The Toronto Star reported that Constand claimed she was alone with Cosby at his home near Philadelphia back in 2004, where he allegedly drugged her and then sexually assaulted her. She says his reasoning for giving her the pills was to help her body feel more relaxed. But evidently, her body felt odd and uncomfortable after ingesting the pills.

Further material from the Toronto Star described how during a recent deposition involving the two, Cosby said that he had several prescriptions for quaaludes, which he would use to drug women and then have sex with them.  This information alone raises suspicion in regards to Cosby’s character and questionable morals. However, in his defense, he said since she never told him to stop, he believed it to be consensual.

But why would he need to buy drugs in order to have sex with a woman?

Is that still considered consensual? Or is this what he considers to be consensual? Did he tell these women that he was giving them this prescription? These are all questions that will most likely be considered by the prosecution.

Even so, Cosby still stands by his word in saying that these claims of sexual assault and rape are false. Except, he did disclose that he provided Constand with pills that night in 2004. Though it is easy for Cosby to deny any sexual accusations, considering there is little evidence to work with in this case.

According to Global News after he was relieved of his charges back in 2005 during the civil suit with Constand, he said he wouldn’t:

“give in to people who try to exploit me because of my celebrity status.”

There have been many incidents in the past where this is true, women who have sought out fame and fortune by fabricating stories against innocent men. However, this situation seems more complicated because of the multiple accusations over the past 20 years.

According to Global News, Constand spoke to a Philadelphia Inquirer and said

“I did what I thought was right.”

“I don’t express my feelings to anyone about this situation. I just don’t.”

Women everywhere can learn from her actions, by standing up for her rights as a human being, and a woman.

Sadly, many victims do not come forward at first, or at all, due to fear that authorities will not believe them, which in this case seems very plausible. After all, this is Bill Cosby we are talking about. He is the last person anyone would contemplate committing a crime, especially a sex crime.

The trial began on Monday in Montgomery County, Pennsylvania.

Why You Should Be Reading R.H. Sin Right Now