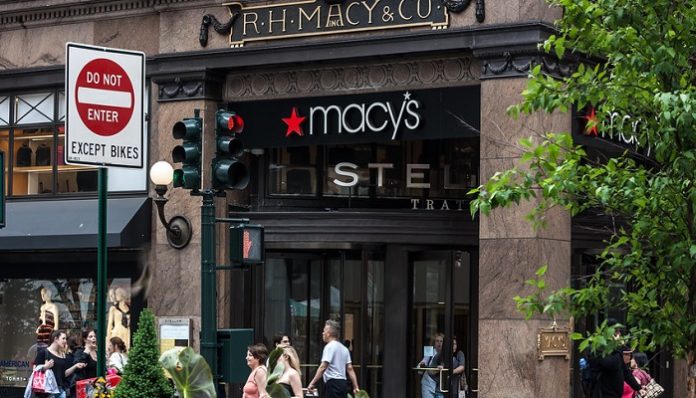 2017 so far has been a historical year in terms of world news, and if there’s one trend we noticed from last year that’s carrying on to this year, it’s the decline in retail store sales. You can blame it on online shopping, lack of up-to-date styles, or the internet, but some chains won’t make it out of the year alive. Malls, shopping centers, and retail outlets could potentially be as empty as the shelves inside the stores.

Here are 6 stores we can potentially be saying goodbye to in 2017:

They recently filed for Chapter 11 bankruptcy protection, reporting assets in the range of $100 million to $500 million and liabilities ranging from $500 million to $1 billion, according to a press release. Before filing, they announced a 120 store closure (although they have 570 stores globally), but reports say if they’re struggling that much financially they’ll have to close more.

This one absolutely crushed me to read about because I have a love for this store. In January 2017, the company confirmed a 168 store closure. But don’t be fooled by their tactic, because they plan on expanding Bluemercury and Macy’s Backstage within their existing stores, as well as Bloomingdale’s brand on its own, next year. So who knows what’ll happen?

5 Seconds of Summer did give the company well, an extra 5 seconds of existence, but they are done. Sold in a bankruptcy auction, any clothes they have left over will be sold by its new owners after inventory sell-off sales. RIP American Apparel underwear, I’ll miss singing about you (because I certainly didn’t wear any)!

Although it won’t be completely removed from our lives, the company has decided that it needs less retail stores. They announced in late February that it will close 130-140 locations across the US. Within the past few years they’ve been on the brink of bankruptcy but has made shocking revivals, so this shrinkage is believed to help its future.

Sixty stores will be closing within the year in the United States. But this means the rest of the world will get to enjoy the fashion of this store! They plan on opening a fair amount internationally throughout Asia, the Middle East, and more.

Sears Holdings famously owns Sears and Kmart, and are also shutting down locations, much like their main competitor J.C. Penny. In January 2017, the struggling retailer expressed plans to close 150 non-profitable stores-108 Kmart and 42 Sears stores, in hopes to gain popularity again. Don’t be surprised if the numbers increase, though.

Although these stores may not affect our closet space and our sense of fashion, think of the number of jobs Americans could be losing, let alone workers in other countries. Just with these 6 closures combined, there’s an estimated total of one million jobs being lost. The economy is definitely not helping the situation, but let’s see what good President Trump can do to “fix it” like he promised.

15 Divorced People Reveal The Final Fight That Ended Their Marriages