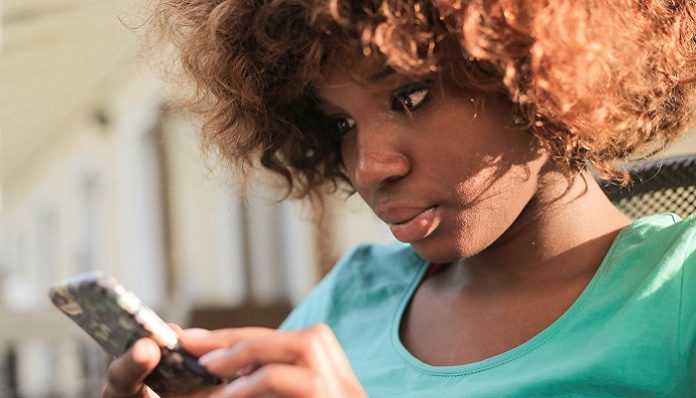 Nina Persson from The Cardigans sings in their song, “Communication”

Every morning I wake up to countless Snapchat notifications, most of them are from my streakers (people you have an ongoing photo and video conversations with on Snapchat), greeting me with a good morning, a snap of their food, outfit or setting. And my days usually consists of snapping a photo of myself or my surroundings just to keep the streak going. While some actually respond to me from a message I usually send over Snapchat the night before, I get very little notifications that invoke conversation.

These streaks definitely did not start out like this: it usually began from talking non-stop about something my friends and I were obsessing over at that time, like when my friend Patrick and I were really into Al Pacino’s films. From then on, the streaks began and as time passed by, the chatting became less and less, ultimately resulting in only taking pictures of my shoes or my food.

I know that I am not the only one snapping their friends like this; millennials are actually quite known to be the ones who are obsessed with daily snapping and letting the world know that they have a life! But, if snapping is constantly like this – not actually talking but just sending a daily notification of where they are and what they are eating – then do we really chat when we snap? So, I asked some people whether they think they’re really talking to other people in Snapchat or not:

“We’re not really conversing about a subject. Sometimes we actually have conversations, but most of the time, my friends and I just send pictures to one another. It’s actually sad because we think it’s enough to just send a snap of something or what we’re doing, and call it a day, without actually asking them how they are.”

“It takes away the fun of sitting down with a friend to hang out and talk, or even calling them. The conveniency of Snapchat takes away the essential modes of communicating in that sense, and even if we are hanging out with our friends, we snap that moment too.”

“I get it: we like to daily-snap or vlog, and sometimes it’s cool to see what the other person is doing, but it seems like all we care about is just continuing the streak or posting a Snapchat story everyday, and not caring about the person. It’s also become a routine for me too; instead of routinely getting a coffee with a friend to catch up, I just send them a snap.”

By constantly snapping these everyday events, you’re really not living in the moment because you’re always tied to your phone.

It feels very lonely in a sense because you’re not actually talking to someone about the everyday events going on in your life; you’re just looking at a picture or video, most of the time. You’re missing out on some of the value of that moment and you will not remember some because you’re too busy trying to get the perfect snap to put into your Snapchat story or sending them to your streakers. Basically, it takes away the bond you could have with someone.

I remember when I was in middle school, I called my best friend once I got home, even though we took the same bus home. It just gives a ‘homey’ feel to it when you actually talk to someone – even through text or messages – because you feel the connection or bond. I suppose, Snapchat works best when you see a story from a friend or colleague you haven’t seen in a while and you send them a message and just talk about life. However, to those who you actually see almost everyday, oftentimes, you don’t gear up a proper message in Snapchat to communicate with them. And I for one, am guilty of that too. But my only advice is this: Snapchat and streaks need to be done sparingly in order for us to feel the connection again, because the connection is vital, beautiful, and important for our everyday survival.