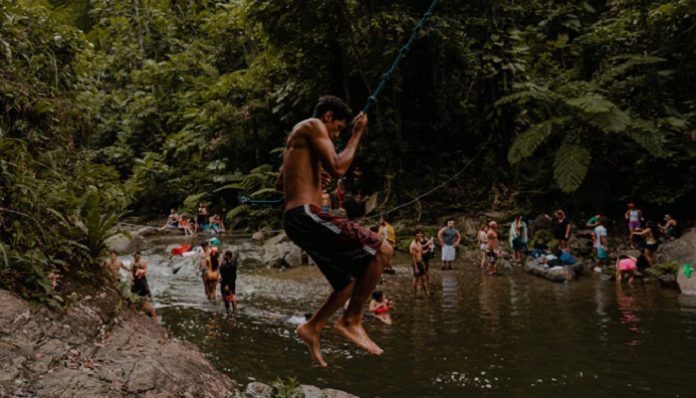 I have come to a point in my life where I am finally starting to really learn who I am. Finding my major, my minor, where I want to be when I graduate, and even who I want to be. If you, yourself haven’t reached that point, for when you do, understand that it is liberating.

You walk around with a purpose, because you feel like you finally have one. I no longer feel like I am just going to class, then to work, and maybe hang out with my friends. I know why I am here, I know what I want to do and I am confident that this is the path I am meant to take. But, I wouldn’t have gotten here without a little change in my thinking.

What I mean by that is that I was always just doing things to get by. I would get B’s and C’s in classes because I had a lack of motivation to go in the first place. I didn’t want to work because I hated my job. I avoided my friends because they were doing so much more than me and it made me feel inferior. I was living a shell of a life.

And honestly, what got me out of this slump was my boyfriend breaking up with me.

Before, I would hide behind my boyfriend at the time to avoid the things I was scared to face by myself. At first, it hurt. A lot. Then I was wandering around wondering what to do with my time because I had spent so much of it hiding from obligations, life and myself. It then hit me like a brick wall of sudden realization… WHAT AM I DOING??? I am wasting my so much time!

I decided right then and there that I would not just sit around and avoid things anymore. I have realized that I need to take risks and actually put myself out there.

I had discovered what I really wanted do completely by chance. I was helping a family member with the details on their wedding day. As I was running around, I felt like Jennifer Lopez from The Wedding Planner, I was running around tying up all of the loose ends. I had never been so exhausted and so liberated before. It was a sudden realization that I could do this for the rest of my life and be happy. There is nothing I love more than making sure people are enjoying themselves.

Honestly, I used to have little to no interest in art, let alone believe that I had the capabilities to create it. But now I’m minoring in it. I went out bought a sketchbook and pencils and it turned out that I wasn’t too bad.

Instead of sitting at home or sleeping in, I get up early, I volunteer at an art museum, and have an internship in public relations near my college. All the confusion and struggle to discover what I wanted has for the most part come to an end. I feel like I am now flourishing in this and it’s one of the best feelings.

I went from little to no motivation, to taking on projects head on and working hard to achieve in.

You will see me running around trying to make things happen, picking up extra shifts at work because I love my job, staying up late to draw that inspiration that struck me and just being plain happy. My new philosophy is something that I found from an anonymous writer, “If you don’t get lost, there’s a chance you may never be found.”

It took me being lost to figure out where I wanted to be.

It made me realize that I didn’t want to pursue the academic choices, the career plan, and the overall life I had lived before. Being lost helped me discover myself.

What I wish someone would have told me when I got to college is that it’s okay to be lost. It’s okay to have no idea what direction you’re going in because you will get there. It’s okay to not fully understand who you are because you will discover new aspects about yourself that you didn’t know existed. And seriously, it’s okay to feel scared because we all do at some point or another. It’s not okay to want to feel like you want to run from it because you’ll eventually realize there is no sense in running. Take it from me.

Embrace the change and uncertainty because it is what will shape you. In the end, that’s what finding yourself is all about.

Quarantine Problems: What To Do With An Upcoming Baby Shower