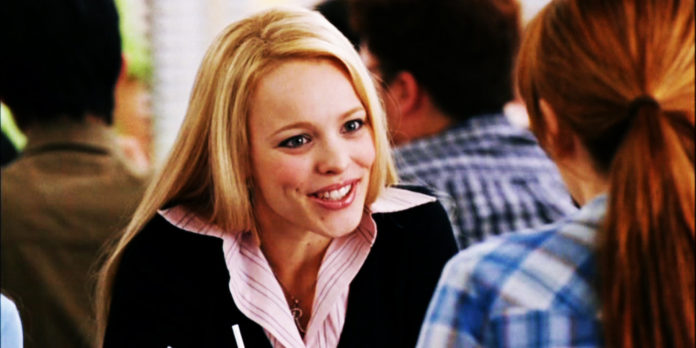 Villains get a bad rep for being assholes. I mean, manslaughter is a crime and it deserves something more than a petty slap on a fresh manicure. But let’s be honest, villains carry a plot to its epic climax. Without them, all you have are very vanilla Ryan Goslings sitting around in shiny, white Hollywood mansions waiting for something to happen. And like, that’s so much fun, until it’s not anymore and your devious little heart wants to see someone get stabbed. Or if PG-13 is more your thing, backstabbed.

All I’m saying is that maybe some baddies are misunderstood. Like, nearly all of them have champion qualities that get swept under the rug by the media. Advertising is everything. I should know. I majored in the subject when I was a wee lassie and I can’t even imagine the pickle of dealing with a bad publicist. Poor villains. So below are some small-town brats that possibly could have triumphed with better P.R.

Manipulative? Sure. Conniving? Entirely. But like, such a go-getter. The girl knew what she wanted and was going to stop at nothing to get it, even if that meant flirting with a little incest. That’s some Tony Robbins headstrong kind of magic right there and we could all benefit from her warrior mindset. Say what you will about Upper East Side’s social elitist, but her ambition deserves some positive attention.

Sure, hating Christmas is a little dramatic and I’m totally skeptical because, well, it’s Christmas for Pete’s sake, bro. It even has like ten emojis dedicated to its celebration. But at least the Grinch has a solid argument for loathing the gift-giving holiday. The harsh realities of his tormented childhood contribute to his notable grinching customs. We should all cut him some slack and cheer on this prince of darkness.

Magatu is an eccentric fashion designer who maintains a densely bedazzled wardrobe, along with his truest toy poodle companion. Unfortunately, his devout passion for the runway causes melodramatic meltdowns that, at times, involve scheming the assassination of Prime Ministers. Insane yes, but we’ve all been there. Stress brings out the worst in people, but Mugatu’s sincere fashion fever is an inspirational reminder to adhere to your ferociously bedazzled dreams.

Certainly, manners are an important part of standard social skills. But outright candor is a breath of fresh air that we don’t often inhale. TV’s most displeased deadpanner can be a bit abrasive when it comes to calling out contestants less than successful efforts. But, his unparalleled frankness and loyalty towards black or white v-necks are admirable qualities that bolstered his brand and sent him soaring over the success meter. Good on ya, mate.

5. Mr. Burns in The Simpsons

Charles Montgomery Burns gets a lot of flack for working the senior citizen angle: a little stuck in his ways, grumpy, increasingly naggy around his offspring, financially concerned about retirement and therefore cheap. But Mr. Burns is actually not the worst. I’m serious. By owning and looking after Springfield’s Nuclear Power Plant, he subsequently improves the townspeople’s lives by supplying jobs to the community. As for releasing his hounds out on visitors on his days off, I just feel that it makes him increasingly relatable.

A total creeper, no doubt. And desperately in need of a shower. Honestly that Chartreuse coated mane has such Fabio flowing potential. But the prankster has a hell of a sense of humor and if you want to get spiritual, that’s not a bad way to live your life. Some of the loveliest people I know have a hard time laughing at themselves. And couldn’t we all laugh a little more often?

Talk about a workaholic. Bateman might downright fail in human decency, but the investment banker is mega motivated with a razor-sharp attention span. Like, I can’t imagine him skipping a single college class. His organizational skills are so meticulous they flirt with OCD tendencies, but simultaneously contribute to his serial killer success. Lest we forget about those killer cheekbones.

Please don’t tell me we are living in a world where a teenage girl can’t write her feelings about others down in a journal or change her mind about which boy she decides to crush on next. Regina is the bubblegum starlet of her class and for good reason. Sure, she has some cock blocking on her resume, but who doesn’t? Furthermore, Regina is fiercely confident. Babe landed herself in a full-fledged neck brace and rocked that shit at prom. North Shore’s yellow-haired debutante is fearless and wildly charming and that should count for something.

So there you have it. While I can’t condone murder-streaks, poor hygiene, playful incest, perpetual nagging or revenge frenemy tactics, I do hope we all walk away with the very valuable lesson: there is always a second, poorly advocated side to every scandalous story. Go forth and be merry my little gossip-getters.