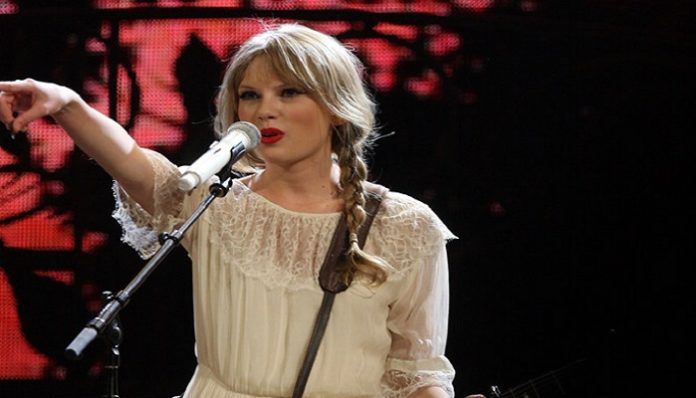 Taylor Swift has had huge success in her years as a country-gone-pop-star and has most notably reached her super stardom by the lyrics she sings that reach her mainly female audience. Since her first song, Teardrops On My Guitar, we knew Tay was very dialed into her feelings. Her break up ballads have been matched with many celebrity men that she was dating throughout her rise to the top of the charts. Forever And Always was meant for Joe Jonas, Dear John was written after her John Mayer experience, Style of course is about Harry Styles, and the list could go on. Now that her and Calvin Harris have thrown in the relationship towel, we can only image what the icon’s next album track list will be like.

1. When The Beat Dropped So Did My Love

2. You Remixed My Feelings

4. EVOO From The Tree Of My Enemy

5. I Came For The Drop, Not The Broken Heart

6. Our Song Is The Sound Of Bass Drops And Heartbreaks

7. I Felt So Close Until You Broke Our Forcefield

8. I’ve Got A Blank Space Where Calvin Used To Be

9. You’re Right If You Think This Song Is About You

10. Stay Away From Harry, Harris, And Hairy Chests

11. He Gave Me Sweet Nothings

It is so sad that after 15 months of what appeared to be normalcy and stability, FINALLY, she still has no prince on a white horse. Yet we can count our blessings that this has given Tay Tay some great music making material.  But we are left wondering, after so many albums, I mean break ups, can we really still believe it’s not them and not her?