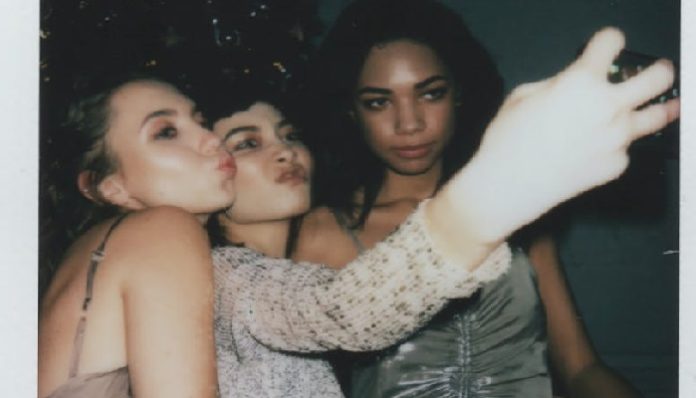 It happened three years ago. I heard about it on my way to class. My friend John found me in the hallway, gently grabbed my hands, and began to whisper. I knew something was wrong just by his face, and I knew what it was. I was just hoping it was something else, anything else. This isn’t real, this isn’t fucking real, I thought.

Allie was sick, she wasn’t in school, and she couldn’t go out much, to say the least. But this did not define her. Allie was beautiful, she was kind, she was a huge joy to be around, and I knew her. Oh, I am so grateful that I knew her. She always made me laugh. She was funny. “My parents think I’m depressed because I have cancer, so they bought me a Blackberry,” she said in her hospital bed when we visited her once. She giggled, we didn’t. She was happy, as happy as she could be in her situation.

Up until the day she died.

Her death was announced on the loudspeaker at school, followed by a moment of silence. Many people resumed their daily lives as though nothing was different, as though there weren’t a variety of mourners being swept away by the mundane activities of school. My teachers didn’t want to mention it, and my classmates stayed quiet. We casually resumed our essays and math courses as though we hadn’t recently suffered a great loss.

At school, her death was the elephant in the room that everyone was too scared to comment on, but on Facebook, that elephant was nowhere in sight. When Allie was here, her page was filled with her close friends and family telling her they missed her, telling her to call them so they could hear her voice.

After she passed, however, there was a large variety of postings to her wall. Those of us who were close to her posted pictures, memories – anything to pretend that this wasn’t real. That maybe she’d come back. Maybe we’d have another nerf gun war in her house or go back and flirt with the guy who ran one of the tubing lanes at Mountain Creek.

Then there were the people who did not know her so well, but the ones that “wished they did”.

“Even though I didn’t know you at WHS, I would’ve liked to know you more.”

“I met you way back in elementary school, rest in peace.”

“You seemed like a great girl, I’m sad we didn’t get to know each other.”

Don’t get me wrong, many people sent prayers out to her family and wrote very meaningful things about how wonderful she was, they all meant well. They were sweet. However, I saw a lot of statuses that screamed, “feel bad for me, I sort of know a person who died.”

At the time (and truthfully still to this day), the loss hit me hard. So hard that it made me angry to see all of these people desperate to punch out ridiculous statuses on their keyboards mentioning how close they were with Allie even though they’d never once taken the time to truly get to know her. These were people who clung to this strange fascination of the death of someone who once walked the same hallways that they currently walked, someone who once sat in the classrooms that they currently sat in. Someone who they could say they were close to “by association”.

And the thing is, as mad as I was, I understood this. When I was in middle school, a girl died a town over from me. She got hit by a train when her jeans got caught while crossing the tracks with her friends. I knew of her, but I did not know her. Her MySpace was private, but every once in a while I’d visit her page anyway, knowing very well that I would see the same profile picture and description every time. I had friends that knew her personally, and I always asked what she was like. I had a strange fascination with the idea that someone my age, someone with such close ties to me, so many similarities to me, was no longer around. I was curious, I was sad, and yet, I did not know her. I wondered what it would’ve been like if I did know her, and most importantly, I knew that I never would. Death makes us weird like that.

It makes us uncomfortable.

It made me uncomfortable to hear of that girl’s passing on tracks so close to my home, the fact that I knew people who knew her. It made many people uncomfortable to hear of Allie’s passing. Maybe Facebook is the only way for acquaintances of the deceased to cope with a loss that they can’t feel on a personal level, but have guilt for it anyway. Because death is the elephant: in the room, on the internet, everywhere. It is looming and inevitable, but we choose to ignore it, because the pain it causes can at times be unbearable.

I visit Allie’s page a lot to send her little notes, I look at all of her tagged photos, her old posts, thinking about how she was once by her computer typing them out. Facebook doesn’t give me a chance to pretend she’s still here, her cover photo-less banner sporting, “Remembering Allie”, a constant reminder of her absence. Sometimes I breakdown about the fact that I’ll never hear Allie’s loud, hilarious laugh again or be able to text her when I need advice (which she was always good at by the way). I have to remember though, that a part of her will always be with me no matter if she is sitting right next to me, popping up on my Facebook or just floating gracefully through my memories.