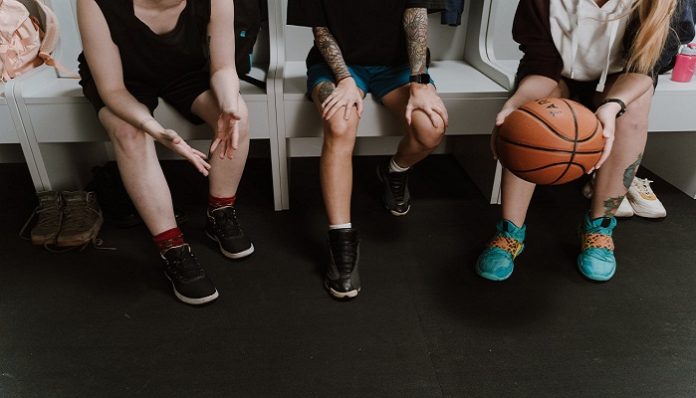 Clamor among sports pundits and fans alike over the mystique of “bracketology.” Buzzer-beater victories that leave you at the edge of your seat. Triumphant tales of the underdog who dispels basketball royalty off of its throne. Overt relishing in a favored team’s shocking defeat (looking at you, Duke MBB circa 2012 and 2014). Fervent fans rabid with pride and support for their school. Boisterous celebrations that beget shameless intoxication (and perhaps destruction of property and riots because college kids have approximately two brain cells).

Sweet Sixteen. Elite Eight. Final Four. It’s a tournament of titles that make my heart full. But the excitement only starts there. I love the basketball, too, not just the alliteration–I swear.

So it’s that time of the year again. Arguably, one of the most thrilling slices of the calendar. Before delving any further, allow me to first call upon Mr. Merriam Webster (though that is certainly not one full name) to precisely pinpoint the essence of the word Henry V. Porter so aptly chose in the 1930’s to capture the sensation of this season.

Madness is explained in two-fold:

1) the quality or state of being mad as rage, insanity, extreme folly, ecstasy, and enthusiasm

2) any of several ailments of animals marked by frenzied behavior

I’d like to think the latter definition played the biggest role in coining the March Madness phrase. These basketball fiends are rampant, insatiable beasts of bracket-induced hysteria. And I love it.

Not an ardent sports junkie? You can still love March Madness and all of its frills. I mean at the end of the day you don’t really need to know anything about basketball to fill out a bracket in the first place, seeing as there is a 1 in 9.2 quintillion chance that anyone will get everything right. Warren Buffet wouldn’t just boast a one billion dollar prize to the hypothetical person with a perfect bracket last year if he actually thought someone could do it. But the tournament’s unpredictability is what makes it so fun.

Fill it out blindly and see how you do. Or maybe do some research and put some stake in it—money certainly makes things more interesting. Or you could just pick your bracket based on what team looks better in their uniforms, which is apparently March Madness “from a girl’s perspective.” (That hurt.)

You can also get invested in March Madness for the underdogs who have a surprisingly deep run in the tournament, those Cinderella stories that hit like a tornado, destroying brackets and the hopes and dreams of bracket holders everywhere. Everyone loves a good story. Everyone wants to see the little guy come out on top. Unless of course you’re Coach K and his Blue Devils. (Sorry I can’t stop.)

In the grand scheme of things, the reason I truly love March Madness transcends all of these things—the upsets, the narrow victories, the rivalries, the fandom, the tantalizing bracketology nonsense. What I love most about it all is that it brings with it some unconventional feeling of unity. As Henry V. Porter put it, “a little March Madness may complement and contribute to sanity and help keep society on an even keel.”

Whether it’s fans rallying with fellow fans around their favorite team, or supporters of opposing teams bonding over their mutual hatred for another team (the enemy of your enemy is a friend, after all, and that enemy is probably Duke), March Madness brings people, crazed or otherwise, together. You may think it’s all so trivial, but I think it’s fantastic.

And with an estimated 70 million brackets filled out, looks like you might be alone if you’re on the opposing front. That’s more than the number of ballots cast for either President Obama or Mitt Romney in the 2012 election.

5 Tips That Will Make Turning 20 Anything But Pointless