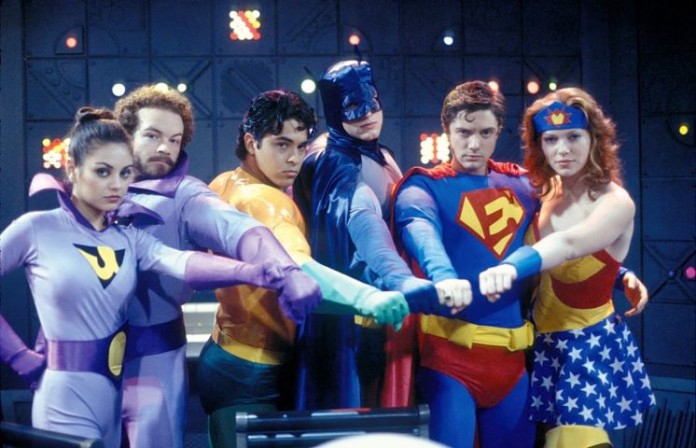 If it’s one thing college girls live for, it’s fall. We live for the pumpkin spice lattes we know have no actual pumpkin in them, the fact that we can now wear pants and not have to shave our legs every day, Instagramming pictures of leaves (#artsy) and, most importantly, spending an entire month figuring out what we’re going to be for Halloween. Out of the thousands of students that participate in the weekend long event of Halloween, there is a 110% chance you will see these five basic outfits while you’re out and about this year.

1. The sexy mouse, cat, pumpkin, fill in the blank costume

Ah, the infamous sexy costume, the go-to for the college girl, and more than likely the college freshman. Halloween lets college girls summon their inner slut and walk in public without getting some type of public indecency citation. Girls have this uncanny ability to take the most innocent looking objects and turn them into something you want to have sex with. Seriously though, tell me the last time a pumpkin turned you on. Some of the main objects girls love to slut up are:

2. The “my girlfriend made me wear this” couple costume 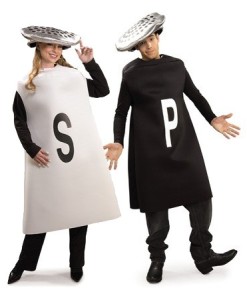 The couple costume has always been a staple during Halloween, because when else can you not-so-subtly claim your guy/girl so no one tries to hit on them? Unless your couple costume is clever as shit (I’m talking Jameis Winston and crab legs clever), do us all a favor and take a hard pass on couple costumes. Be original and let your poor boyfriend be whatever stupid costume he wanted to be in the first place, because I promise you no guy actively volunteers to be PB&J with you. 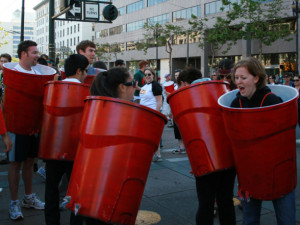 No significant other? No problem! For the 99% of us who get the opportunity to be single on Halloween, group costumes are always a great go-to. We get to go out with our best group of friends, and we get to match so honestly, what could be better? So shout out to all the Taco Bell sauces, different Social Medias, and The Anchorman crew for giving us a go to costume every year. *you the real MVP*

PSA: Do not be one of these people. These people suck. They think Halloween is stupid and that they’re too cool to dress up. No one thinks your ‘I’m a college kid, get it?!’ costume is funny. Any guy that thinks girls are going to be woo-ed by your lack of creativity and ability to have fun are going to end up alone, because I would much rather hang out with Nickelback for the rest of my life than hang out with someone who can’t have fun with Halloween. Go to Wal-mart, spend $5-10, and live a little.

5. The puns on pun on puns costume 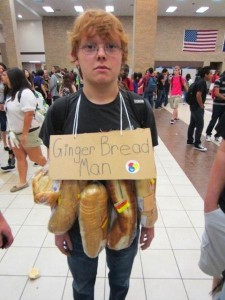 PUNNY PEOPLE ARE THE BEST PEOPLE. Whether it’s the cereal killer, the ceiling fan, the Black eye pea, pun costumes reveal so much about a person. One, that they’re intelligent enough to understand puns; and two, that they have a fantastic sense of humor. Be friends with people who love pun costumes because these people are great. Nothing strikes up a conversation more than when you come up to someone with a baby doll strapped to their ass and have them say “I’m a babysitter!”

Because we always have that one friend that owns a leotard and foam finger, for some unknown reason.

So while you’re out and about with your friends this Halloween, have fun, make poor decisions, and for the love of god, wear a costume.

Stay golden,
Kristina “I’m being Flo from the Progressive commercial for Halloween” Johns