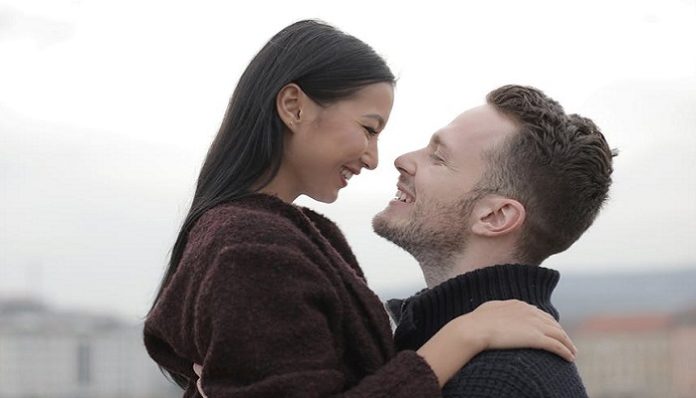 I sat down at the dinner table, eyeing up my chicken cutlet sandwich and potato salad when my boyfriend’s brother and best friend quickly accompanied me, mischievous grins plastered onto their faces.

“Allie, we have something to ask you…but wait, maybe we should wait for him to sit down with us…well should we just tell her now? Okay he’s coming back we’ll wait.”

I knew something was up as the two of them sat there scheming and giggling like two girls about to tell the biggest secret of their lives. Looking back and fourth between the two, I couldn’t peg what exactly they had to ask me. What could be so secretive or so important that they had to lower their voices to ask?

My boyfriend sat down next to me and, after looking at the two guys in front of him, immediately knew what they were going to say.

After a few snickers from his brother and friend the two of them blurted out, “We were wondering if, just for tonight, you could maybe give him a hall pass. You know. A night off from dating. You’d have one too!”

Ah yes the glorified, highly sought after hall pass –a possible way for all those boring couples out there to get their mojo back. After all, if chasing after strangers for meaningless and lustful sex can’t lead to a more dynamic and active relationship, what could?

“You want a hall pass?” I questioned my boyfriend, raising an eyebrow at the request.

“No!” he immediately shot back, pointing a finger in front of him. “All their idea.”

The guys started laughing hysterically, highly amused by the question and our reactions. Even though they were ultimately joking, a part of me began to wonder about the confusing allure of a “hall pass.”

Infidelity has become such an acceptable concept in relationships today –from open relationships to hall passes alike – which has created a dating world tainted with lies, deceit and commitment phobias.

My feelings on a hall pass are simple. If you seriously want one there is something seriously wrong with your relationship. There should be no need for an outlet or an escape from any relationship, especially one that is supposed to be grounded in trust. The person you are dating shouldn’t be a chore. Rather, they should be the only person in your life that you would ever even think about being with romantically.

But what if you’re not asking for a hall pass? What if your partner suggests it on a whim and you blurt out okay? Maybe he’ll realize how good he has it. Maybe he’ll hook up with a random girl and finally get it that you’re the best kisser around. Maybe he’ll not make a move on anyone since, quite simply, there is no one else out there as good as you. And you may be right. But there is always going to be the fear that you’re wrong. The fear that you’re not good enough because, if you were, why would he ask for a “night off” in the first place?

Yes, sometimes relationships, especially ones that are in it for the long haul, can have their lulls. Yet, when this happens, there are only two options: figure it out and put in the effort needed to get the spark back or move on. Relationships need to be black and white. If there are any gray areas – like the hall pass –that is when people get hurt.

And for the record, no, my boyfriend did not get a hall pass.