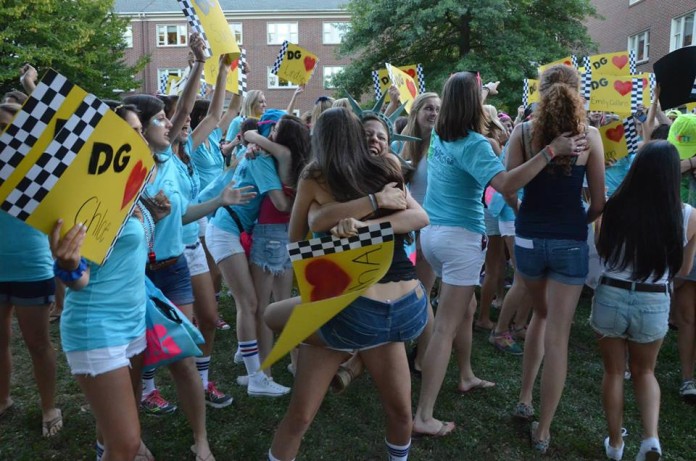 A few weeks ago, the website Total Frat Move launched the “#WhyWeNeedFrat Movement”, which quickly went viral. While it seemed to me like most people took the “movement” as an entertaining joke, I was initially only able to see the video posted on BuzzFeed as offensive. What’s funny about perpetuating the negative stereotypes about Greek, specifically fraternity, culture?

I attend a small liberal arts school where Greek life makes up a large part of the social sphere. As a sorority woman, I’m sensitive to the stereotypes that give Greek life as a whole a bad reputation. As a woman, I’m sensitive to anything that objectifies women—which this video definitely does with phrases like “worse case, I knock up a rich chick” and “the only other people who put sofas on their lawn, drink beers, and watch girls walk by are sex offenders”. As a member of the Greek system, I’m sensitive to the negativity that modern day media often projects in relation to Greek life.

It would be a generalization to say that all fraternity men felt the way that this video explicated, and I do see why people might think that the statements (at least some of them) were humorous. But there are so many positive aspects of the Greek system for both men and women that are often overshadowed by the stereotypes that are seen in the video.

If anything positive came of this, the video made me consider the sad truth that this is all many people see, know, or believe to be true about Greek life. It also pushed me to consider why I believe in the Greek system and to explore why other women decided to join sorority life as well.

For me, Greek life has given me a family and home away from home. Some people like to call it “paying for friendships” but I’d say that it’s opening yourself up to the possibility of new friendships. No one is going to make the connections for you, yet you’re part of a group of girls with similar morals with whom you’ll likely connect. Sometimes you argue, sometimes you annoy each other, but isn’t that what all “siblings” do? At the end of the day, you’re sisters. You’re here for a reason—not because you fit into a mold, but because the people around you genuinely recognize your ambitions, respect your passions, and cherish your sisterhood.

Being Greek means that you always have a sister to go on a fro-yo date with, a study buddy, a friendly face in class, a dance partner, a person to share your feelings with, to laugh with, to snuggle with, and to make memories with—and those bonds last even when you’re apart.

The great thing about Greek life is that you know these girls are likely morally, socially, and personally similar to you if you’ve ended up in the same sorority. I can’t say enough good things about what Greek life has done for me. Of course, making the decision to join is completely personal, but I do think that looking past the stereotypes that the media portrays is worth everyone’s time. It’s more than parties. It’s more than meetings and obligations. It’s more than status. It’s more than letters. It’s sisterhood, and it’s for life.

So here are some real reasons to embrace sorority life: 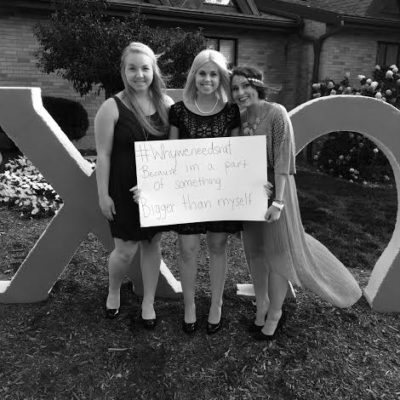 “#WhyWeNeedSrat No one appreciates my crafting skills like my little does” 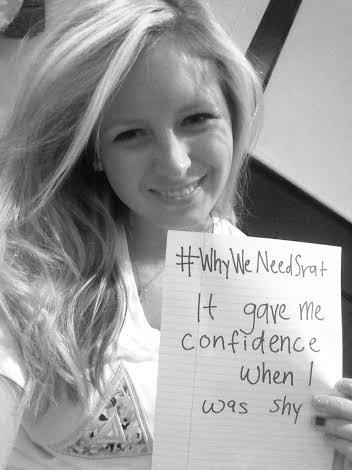 “WhyWeNeedSrat how else would I have 50 other closets to raid?” 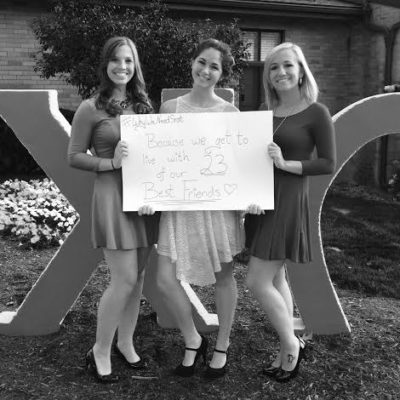 “#WhyWeNeedSrat last year my organization raised over $600,000 for our national philanthropy” 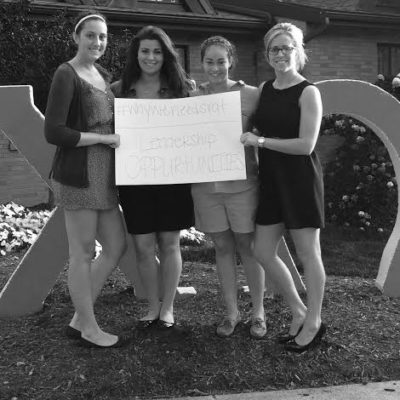 “#WhyWeNeedSrat it’s not all talk. It really did teach me the values of friendship, leadership, and service to others.” 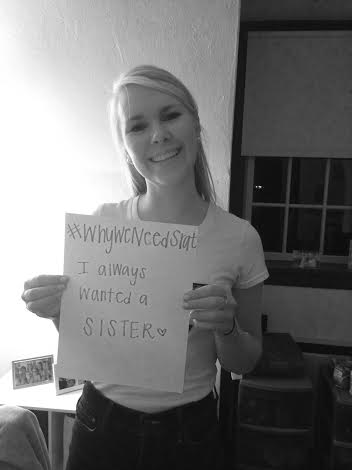 *Thank you to Bridget Runge for contributing some of the #WhyWeNeedSrat statements seen in this article.