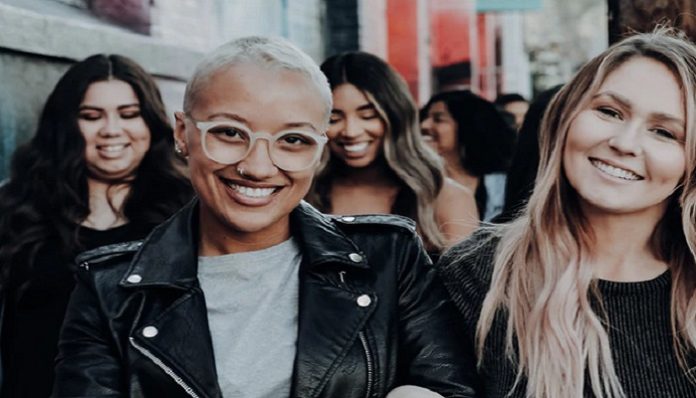 Remember back when we were school kids and the most important thing was the number of friends we had? Without ten or more friends, you were nothing in the social hierarchy that came with secondary school. This kind of mind-set was only trebled when Facebook came crashing in to our lives and complicated the term ‘friendship’ once more. People quickly went from worrying how many real-life friends they had to out-doing each other in the number of virtual ones they could collect.

Back in the day, the glorified number of friends seemed important but as we grow older, we come to realize that it is not the quantity of friends but the quality of friendship. Times have changed since I was a naïve twelve-year-old girl who enjoyed the 1000+ Facebook friendships. Now I’d give anything to reduce my Facebook friends to fewer than 400 people and erase those who fill my newsfeed with irrelevant nonsense, which stops me from seeing worthwhile posts from people that I actually care about.

Why are we still ‘friends’ with people that we’re really no longer ‘friends’ with or have only spoken once to in our lives? This false online friendship masks the reality of the situation – friends simply drifting apart. With both parties fully aware of their fizzling friendship but no one admitting it.

My over-crowded newsfeed is filled with people clinging on to outdated friendships for fear of being isolated or alone. The constant “miss you babe, let’s hang out soon” posts that are clearly just empty promises offered for good will. If we think about how much we have changed since high school, we realize how natural it is for friendships to change too.

Most kids join the ‘popular kids,’ with the belief that their number of friends prevents them from ever being alone. But in reality, surrounding yourself with people doesn’t necessarily remove feelings of loneliness, in fact, it magnifies them. As a teenager, battling with growing up can be tough enough, but when you revolve your life around certain friends for so long, change seems like the hardest thing of all.

People walk in and out of our lives to teach us, support us and make memories with us, but only a certain few will stick with us – so don’t panic, that’s OK. It doesn’t mean we have to erase all the memories we shared with those people we’re letting go of or question friendships – no you’re not a heartless bitch, that’s just life. We grow up, we move on and we evolve. We make new friends to make new memories within new chapters of our lives.

Leaving for college is one fail-safe way of realizing who your real friends are – who actually bothers to keep in touch as you each go off on separate adventures. You find out who sticks around when you disappear off of the radar for two weeks because you’re too busy trying to find time to sleep amongst deadlines, interning, working and attempting to have a life that you can’t return their calls. And when you do have five minutes spare when you’re up to your eye balls in stress, chances are the top five people on that call list will tell you a lot about who your true friends are.

Of course friendships, like any other relationship are a two-way street and they do require thought, care and sensitivity to grow or even be sustained, but they definitely shouldn’t be a hassle. The moment you have to leave seven voicemails and 50 text messages in an attempt to arrange a coffee date for the sixth time that month – you should ask yourself if it’s worth the time.

Don’t try and resist the change and don’t waste time clinging on the ‘good times’ because that could be time spent cultivating new and exciting friendships in the next chapter of your life. When I finally let go of some of mine, I fell in to the best friendships I’ve ever had – that fit me where I am in my life.

Along with your family, your friends are the constant rock in your life – so choose wisely. They will be there through the good, bad and drunk times. When the boyfriends and girlfriends come and go, leaving behind a trail of heartache, destruction and despair – your friends should be right there picking up the pieces with a tub of ice cream and a ton of reasons why he wasn’t the right guy for you anyway.

Why Sleeping With Your Best Friend Is NEVER A Good Idea

7 Reasons Flying Is Torture That You Have To Pay For