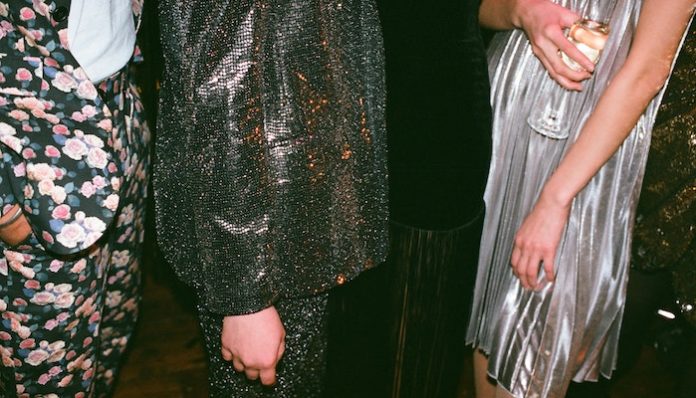 Making the step of using a label or becoming ‘official’ with someone is something that we equally want yet shy away from doing. We get frustrated about mixed signals but we’re sending them right back. We use the signals as a filter to what we really want. What we really want is to come off like we’re playing it cool. We want to play it cool to protect our fear of looking too eager or needy to the person we like. We’re trying too hard to make it look like we’re not trying too hard. I don’t know about you guys but I’m exhausted.

Let me define all of these ambivalent labels that make people THINK that they are avoiding a label.

When you say “We’re talking”: this just spells out everything you’re NOT talking about. For example, being exclusive. This is the phase where you spend all day together on Sunday while not knowing what he did Friday night. This moment right here is the stepping-stone to crazy girl behavior. Face it, all you can think about is what he did Friday and how come he didn’t text you back even though you texted him four times. But it’s probably best if you don’t bring it up and seem needy or clingy because you guys are just ‘talking’, so you’re totally cool with not knowing because, well, you’re breezy! -__-

When you say “I mean, we’re just hanging out”: This means you’re alllllmost dating but you’re not quite at the point where you’re hanging out with each others friends, meeting the fam, etc. because once the important people in your life see you guys ‘together’-ish, the questions and need for updates on the relationship are going to come rolling in, and they’re rolling in DEEP. They’re always going to be asking, “So what’s going on with ‘so-and-so’, what are you guys? What’s the next step? Have you FB stalked his ex-girlfriend yet? What’s is zodiac sign? You guys look so cute together!”—Are you sure you’re ready to admit not having the answers to those questions? (But, seriously he’s a Pisces and do you really think we look cute together?)

When you say “We’re just enjoying each other”: That’s fine. But I can tell you what you’re definitely NOT enjoying- wondering what the hell you guys are and having a ferris wheel of questions going around your head 24/7. WHAT ARE WE? Are we dating? Are we ‘talking’? Are we ‘just hanging out?’ My friends keep asking me what we are! My Mom wants to know if your Mom likes red wine! Are you going to be the guy who’s going to propose to me and give me my September wedding!?!! Just kidding, pffff…I hate those girls who already have their weddings already planned out on Pinterest. What psychos! Let’s just enjoy one another and see where this thing goes. Hehe. — In essence, you’re enjoying the pleasure you get from putting out but not enjoying the vagueness of not putting a label on it. Hate to break it you sister but the dude is getting way more enjoyment out of this situation than you. Just imagine how many Facebook likes you’d get from changing your status to ‘in a relationship.’ Who doesn’t enjoy a massive amount of Facebook likes?!

When you say “It’s casual”: This means it’s anything but casual. It’s never casual. It’s actually extremely complicated at this point. I don’t classify my blood pressure going through the roof when I think about you texting another girl ‘casual.’ This is where you really start getting crazy because you’ll try to trick yourself into thinking it really is casual. It never works. When your friends ask you what’s going on with you and the guy you’re kinda-sorta dating, you’ll probably try to justify the ‘casual’ situation by shrugging your shoulders and saying, ‘I mean, I’m not ready for a relationship anyway…but, if it happens, it happens.’  (And this is where you’re full of shit.)

When you say “We’re just fuck buddies”: This means…you guys are just idiots. Has this ever ended well? Think about it…Nope. It has never ended well. Booty calls are fine—as long as it’s just you guys having sex when you’re drunk. But as soon as you fuck sober or have a sleepover, you’re flooded with dark thoughts of’ ‘WHAT ARE WE?!’ Sober sex is very scary. It’s scary because you can’t just write it off as, ‘it didn’t mean anything we were just drunk’. Nope. You will subconsciously develop feelings for them if you’re doing it sober. It’s not your fault; when someone is holding you and entering you when you’re naked in the natural sunlight, you want it to mean something. It starts as fuck buddies and then before you know it, you’re binge watching Game of Thrones together and falling asleep in your bunny pajamas.

All of these fake labels that we use to dodge a real label is based on a foundation of fear. We fear commitment, we fear being hurt, and we fear looking stupid. When you succumb to something you fear, you become extremely vulnerable. No one wants to open up and risk the chance of getting hurt. It is definitely scary. But, if you’re going to get physically naked, you might as well just the damn thing and get emotionally naked. The questions we ask in the beginning of any relationship are undoubtably awkward-yet necessary:  “What are we?” is just as awkward as “Have you been tested”. Either way get it over with and ask for peace of mind, or don’t ask and be forever itching to know the answer.