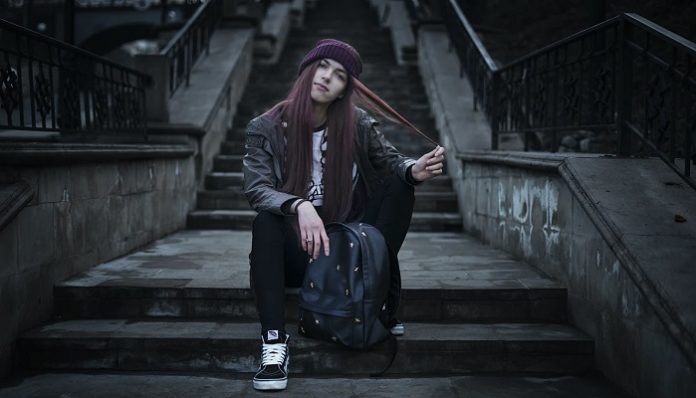 “You have such a temper!”

That’s the thing I’ve heard most ever since kindergarten. Growing up, in my teen years, my parents were on a loop, continuously repeating the same thing over and over, with or without the exclamation point. My friends never said it with these words, but they delicately hinted that my personality was certainly bold and original. Maybe a bit too much. And when I entered the much dreamed but oh-so-horrible world of dating, things became even more challenging for me. Because boys, no matter if they are 16 or 25, do not want someone bold. They are attracted to it at first, sure, like a moth to a flame. But then they try to smother that flame, to belittle it, to make fun of it, to criticize it.

And your friends tell you to “be a little less”. Because of course you are too much: too bold, too loud, too blunt, too exuberant, too extravagant, too eccentric, too passionate, too nerdy, too geeky, too edgy, too talkative, too  confident, too open-minded,  too unconventional. Too much, but never enough. Because, at the end of the day, you are alone. You get dumped by text message with the pathetic “it’s not you, it’s me” excuse, and after two weeks he’s with that girl who hit on him for months. Or, after months of going out with a guy, talking to him, flirting, showing him who you are without masks and after giving him – you two – a chance, he stops being nice and all of a sudden you are never “behaving properly” and you cannot “be taken seriously”. And when you put a stop on that whatever-that-was he proceeds to explain what you did wrong, because he wants you to learn how to be better next time. He wants to help, because, after all, you are wonderful, brilliant, smart, funny, your view of the world is peculiar and fascinating, and you are hot! But, what he doesn’t say, is that you are all that, but it is not enough. Even if you are this great person, you are not worth the effort.

And the problem is you. Of course. Because, even if he’s a jerk, the point is that you are doing something wrong.

You should be more mysterious. Talk less. Show them a blander and less threatening version of yourself. Let them know you slowly, little by little. If you want to wait to know a person, to know that you like him/her and(s) he likes you for who you are and is not in just for the sex, you are doing the wrong thing. You should totally take your time but do it quickly, please. Take your time, but not too much. Be serious and true to yourself. But yourself should be different.

Society has taught us that we should fit certain standards, be them aesthetical ones or personality ones and that if we don’t fit those standards, or at least get as close to them as possible, we won’t be accepted. Nobody will want us. You know why? Because we don’t deserve love (I’m paraphrasing Amy Schumer: “I have a belly. And I have cellulite and I still deserve love.”). Because we are unlovable because loving us is just too hard. We should be easier, in every aspect of our life. As if love (any form of love) must be easy. As if every single person isn’t a complicated and variegated universe, complex and deep and extraordinary, with its mountains and its valleys. As if climbing a mountain is no hard task. And as if the view you get after you endure the pain of the climb isn’t totally worth it.

The real point is: the mountain should not change (I know they are constantly changing, but that’s not the point), not round its peaks, not melt its snow, not make herself shorter in order to be easier to climb. She should just be climbed by someone that loves climbing and doesn’t mind the pain and sweat and anger and frustration that comes with it because getting on top (no pun intended) is so worth it.

And we should remember that not everyone has a passion for climbing. But some people, luckily, do.

And so the mountain stands, beautiful as ever, tall, magnificent and imposing. And waits for the climber.

I Closed My Heart To Everyone & Everything, Including Happiness