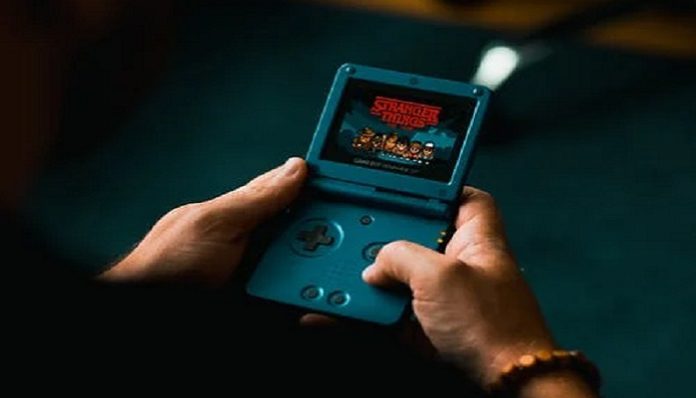 With my 20th birthday in the near future, I’m really starting to feel the pressure that accompanies a second decade of life. The real world is approaching fast, and, I must say, I would very much appreciate it if it could slow down a bit. I’m sure I speak for most millennials when I say that the “adult” I see in the mirror just does not match the kid I feel in my heart. It seems like just yesterday that my biggest worry was whether my mom packed me a chocolate or a vanilla pudding cup for lunch, back when I’d never even heard the term “grade point average.”

In just a few months, I’ll have to use every finger and every toe in my possession to show how old I am, and that might be the scariest realization I’ve had in a while. Millennials, we’re really getting up there, and here are 20 more things that I think we can all agree make us feel really, ridiculously old:

I just don’t understand how we weren’t even born in the same century, but you’re eating in my old cafeteria, using my locker, and hating on my teachers. You didn’t even experience the year 2000, how are you wearing makeup and skipping class already?

How weird is it to think that this show was potentially playing in the hospital while we were being born? The question of the century: how does Jennifer Aniston still look identical to her character Rachel Green in 1996?

Ah, the old stomping grounds. Crawling with cooties, squeaking with dirty sneakers – and teeming with hormones, dried out markers, and forgotten memories.

You are lying to yourself if you won’t admit that Jamie Lynne Spears’ pregnancy – and the subsequent cancellation of Zoey 101 – shattered your entire teenage world. It seems like just yesterday that you mourned the end of PCA, yet baby Maddie is now 6 years old, and you’re not even a teenager anymore.

When did I ever say it was okay that you started dating, partying, and going to college?

I am willing to make the leap here and say that Shania Twain was the Beyoncé of my childhood. If Shania is retiring, I might as well too.

I might even prefer you calling me “sweetie” or “honey” than insinuating that I’m old enough to be a married mother.

There was practically an indent in every pair of pants I owned where my tube of Lip Smackers resided faithfully in my pocket. These balms were so beloved in my childhood, it blows my mind that they could even keep them on the shelves, never mind go out of business.

Back in the good old days we had monkey bars, not wi-fi-signal-strength bars.

So this is what adults were always complaining about.

There was once a time when you too ruled these local locales, but that time is up.

Corey and Topanga should not have pubescent offspring. This is all happening too fast.

You know you’re old when you no longer feel anxious waiting in line to buy alcohol or enter a club.

Sure, they’ve been getting pregnant since tenth grade, but now marriage?!

Okay, Miley Stewart didn’t surprise me. But Dylan Sprouse aka Zack Martin? What would your mother say!

Tell me, why didn’t Raven have a vision of Chelsea and Eddie driving drunk and stop them before they received multiple DUI charges? Also, you’d think that Lizzie would have told her mom about Miranda’s meth addiction.

The more I pay taxes, the more I wish I were a fetus again.

You just know you’re aging right alongside them.

We’re getting old and there’s nothing we can do about it. Growing up is a part of life, and while no one likes paying bills and achy backs, we might as well take some advice from the boys of One Direction and live while we’re young. You know what they say: it’s fine to visit memory lane, just don’t live there.