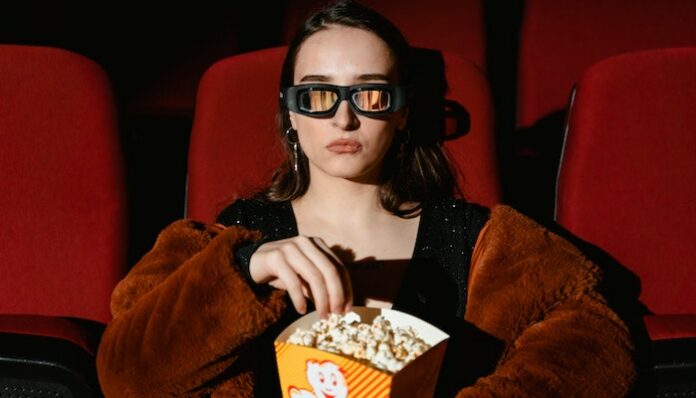 Now that we’re past 2022, it’s time to look ahead to see what’s coming in 2023! Since there are so many movies I’m excited about, I just picked five to focus on. Here we go!

Warning: The following list is one of a nerdy nature consisting of puns, obscure references, and a boatload of arrogance. The views expressed in this list do not necessarily reflect those of Unwritten. Reader discretion is advised.

1. Ant-Man and the Wasp: Quantumania

The setup for the next “Infinity War” is finally here. It’s been five years since we experienced what I’d consider being one of the greatest comic-book-related cinematic events in history. Thanos was sprinkled throughout the first 10 years of Marvel Studios before he finally snapped his way into our hearts. Thanos is going to look like a prawn once Kang the Conqueror emerges.

The first season of “Loki” first teased Kang in 2021. The idea was that in a multiverse of infinite possibilities, there was one good version (or variants) of him, He who Remains, that was keeping all of his evil ones at bay from causing any more destruction.

In a multiverse full of infinite possibilities, there was only a single good variant of Kang. But he’s dead — thanks Loki. He was good because he kept the other infinite evil versions of himself at bay in their own universes. But now, the dam is beginning to break and that’s where Kang the Conqueror comes in. MODOK will be featured in the movie as well, so while Kang might not be the front villain, he’s definitely going to be set up as the big bad for years to come!

The cast for Ant-Man’s previous movies will be returning along with Bill Murray of all people! How they got him to join the MCU, I’ll never know…

I’m also calling it now: Those rings in the trailer look like they have something to do with Shang-Chi’s rings! You heard it here first, folks. While I’m excited to see Paul Rudd and the other cast members return, I’m more excited to see the rise of a new dynasty.

2. Transformers: Rise of the Beasts

After seeing “Bumblebee” in 2018, I was very excited about the future of “Transformers” movies. Michael Bay ushered in the reign of giant colorless robots confusingly fighting with heavy lens flares and extremely sexualized women. But thankfully, that time is over.

“Bumblebee” traded the full-blown action movie for a coming-of-age story that hits home. At least, it did for me. It looks like this movie follows suit, putting its story above cheap thrills. And I can’t ask for anything more!

With new characters that turn from robots to beasts and a giant battle previewed at the end of the trailer, I’m confident this is going to be a return to glory for the Transformers.

3. Indiana Jones and the Dial of Destiny

We can thank some Lucasfilm executive for finally seeing it fit to dig the “Indiana Jones” franchise from its grave to put him on display one last time (again). Indiana Jones had a great summer blockbuster trilogy in the 80s that ended perfectly, but since when does that ever stop money-hungry executives?

We all saw the “meh” of a film that was “Kingdom of the Crystal Skull,” but movie fans are once again asking if this will be a better send-off to the character. Let’s be honest though, nothing will top riding into the sunset as the closer for the trilogy.

What we do know about the movie involves new de-aging technology. Harrison Ford and John Rys-Davies reprising, with newcomers Phoebe Waller-Bates and Mads Mikkelsen. Ford was present at the Star Wars Celebration this past summer and choked up while speaking on his involvement with the film. He seems to be proud of the film instead of just trying to earn a paycheck and pretending it doesn’t exist.

4. Spider-Man: Across the Spider-Verse

Who doesn’t have some sort of affection for their friendly neighborhood wall-crawler? When I was a kid, I watched “Batman: The Animated Series” and the 90s Spider-Man cartoon religiously, and it only grew from there. Whenever I’m feeling down, I thwip on “Into the Spider-Verse” and forget how traumatic the world can be.

Being the second installment in the franchise, we pick up some years (or could be days, who knows) after the first for more multiverse shenanigans! This time, we fall through the multiverse, so we’re going to see an unknown amount of different Spideys and see them in action. I love seeing an alternate world where Miles becomes Spider-Man and meets different versions of characters comic readers already know!

The animation and presentation in “Into the Spider-Verse” was superb, and I expect nothing less in this one. I’m counting down the days to more web-based action!

“Spider-Man: Across the Spider-Verse” swings into theaters June 2, 2023.

Christopher Nolan pours himself into every film he creates and will go the extra mile to add that level of care to it. For example, for “Interstellar,” Nolan bought a farm and grew acres and acres of corn just for a handful of scenes. Only a few in the industry can rival his level of dedication to film.

So when the news hit that Nolan is making a film about the creator of the atomic bomb, the memes went crazy. People, myself included, joked that he would detonate an actual bomb to get that “realism” effect. Well, we weren’t far off — he actually detonated a bomb to simulate the Trinity Test explosion.

Going to see any movie by Christopher Nolan is a treat. This movie is stacked with some of the best talents Hollywood has to offer with Cillian Murphy, Robert Downy Jr., Florence Pugh, Rami Malek, and many, many more. I can’t wait to see this bomb of a film! Still need to see “Memento” though…

Joke of a movie that was green-lit while my script of a new Friends-style TV show lies in development hell:

What are some movies coming out that you’re most excited about? Comment below and let me know!

I’m Begging You To Show Me That You Care