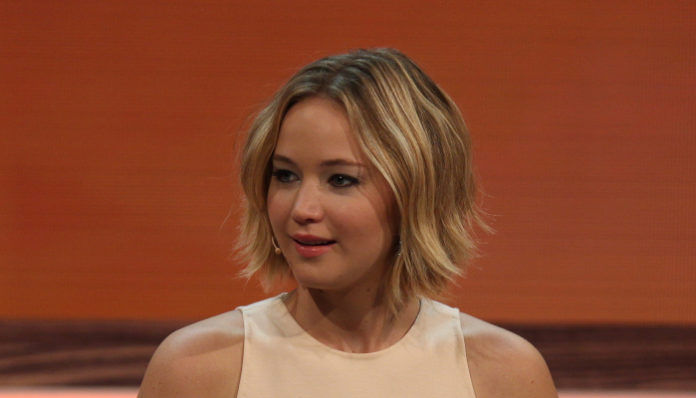 One of the nation’s favorite actresses is expecting her first child with her husband, art gallery director Cooke Maroney. News broke of Jennifer’s pregnancy largely because she was photographed in Manhattan while wearing floral overalls that hugged her bump. However, not many details are available yet as it seems Lawrence’s lips are mostly sealed.

Lawrence and Maroney started dating in 2018 after Jennifer’s actress friend Laura Simpson connected them. The couple married in October of 2019. Jennifer Lawrence spoke of how smitten she was over her husband on a podcast episode of Naked with Catt Sadler:

“It’s just — this is the one, I know that sounds really stupid but he’s just, he’s — you know. He’s the greatest person I’ve ever met, so I feel very honored to become a Maroney,” she added.

“She is smiling like I have never seen her do with any of her previous boyfriends,” a source told People in August 2018.

Given how happy they seem, it only makes sense that the two lovebirds would eventually grow their family.

Maroney works at works at New York’s Gladstone Gallery, which represents artists including Lena Dunham’s dad, Carroll Dunham, as well as Richard Prince, Anish Kapoor, and Bjork’s ex, Matthew Barney. In doing this, he takes after the steps of his father whom was once an art dealer in Manhattan.

Cooke and Jennifer have often talked about wanting to start their own family. Jennifer was raised in the country and that is something Cooke has learned to love about her. The two have homes in Manhattan as well as Beverly Hills. The couple has worked hard to keep their relationship as private as possible and we are sure they will do the same with their newborn child. Becoming a parent is a new and exciting and also tiring to-do. The couple deserves as much privacy as possible in doing so.

When seen together, Cooke and Jennifer are often seen donning matching outfits. One can only hope they’ll dress the little one up to match them as well!

We as fans hope that they choose to name the child something that pays homage to one of J-Law’s well known roles (Do I hear Katniss for a girl’s name?)

Congratulations to the happy couple!