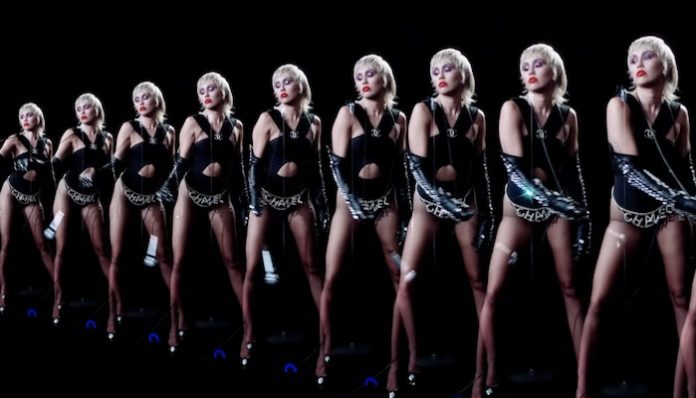 Music icon Miley Cyrus just blessed us with an early Christmas gift — new music! The singer finally dropped her highly anticipated seventh studio album Plastic Hearts over the weekend on November 27th, a follow-up to her 2019 Ep She Is Coming and her first full-length album since Younger Now in 2017 that featured her “Malibu” single.

Back in 2018, the California wildfires destroyed Cyrus’ home and her unreleased album along with it that was slated for a much earlier release. Instead of re-recording old music or skipping out on the album altogether, Cyrus started over with fresh ideas and a new perspective, which ultimately came together as Plastic Hearts. So we’ve got it on repeat.

In August, Cyrus released the first and lead single from Plastic Hearts, “Midnight Sky,” and dropped the second single “Prisoner” featuring Dua Lipa just earlier this month. The album also features rock icons Joan Jett and Billy Idol on two tracks, both of which are some of our absolute favorites from this album.

We can always count on Miley Cyrus to reinvent herself time and time again, and Plastic Hearts is nothing short of that, but somehow this album is equally as nostalgic as it is new. In fact, Plastic Hearts draws influence from the 80’s punk music scene and meshes the singer’s classic pop sound with her country and rock and roll roots.

Listening to the lyrics in Plastic Hearts, it’s no surprise that this has been a tough year for the superstar, with lines like “Maybe getting married just to cause a distraction / And I, and I don’t even miss you” and “But if you’re looking for stable, that will never be me / If you’re looking for faithful, that will never be me.” It’s apparent that Cyrus drew a lot of inspiration for this project from her divorce with Liam Hemsworth last summer after just 8 months of marriage, ending once and for all their ten-year relationship.

The physical album’s full tracklist includes 12 songs, which are:

“Gimme What I Want”

Additionally, there are three more songs available via digital streaming platforms, which are:

“Heart of Glass” (Live from the iHeart Festival)

“Zombie” (Life from the NIVA Save Our Stages Festival)

What’s more, there are four additional tracks as part of the Apple Music Backyard Sessions Edition, including:

Overall, these songs are raw, real, and incredibly relatable. From upbeat anthems like “Bad Karma,” “Gimme What I Want,” and “Plastic Hearts” to emotional ballads like “Angels Like You” and “High,” there’s something for everyone on this album. So if you haven’t heard it yet, you should definitely give it a listen.