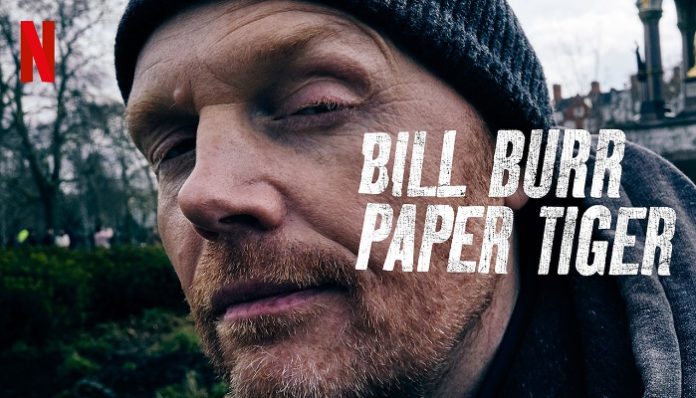 We’ve all heard that laughter is the best medicine. Since we’re in the middle of a global pandemic, we need to laugh more than ever. A great way to experience that belly-aching laughter from the comforts of your own couch is to watch a stand-up comedy special. Whether you prefer clean comedy or you’re into dark humor, you’re sure to find a comedian that you love.

So here are 10 funny comedians that will make you cry from laughter:

It wouldn’t be a true comedian roundup without this Massachusetts-born legend. The creator of Netflix’s F is for Family, Bill Burr is known for his rants about everyday occurrences, and he’ll have you laughing out loud. His comedy is definitely not clean, but I dare you not to connect to his material and enjoy yourself while you’re at it.

John Mulaney, who started as a Saturday Night Live writer, has released four standup specials, all of which are available on Netflix. His jokes range from self-deprecation to situational comedy, and his delivery is always on point. What’s more, Mulaney recently created a Netflix children’s musical titled John Mulaney & the Sack Lunch Bunch, which is filled with laughter as well as good advice. You should definitely give it a watch!

We know this standup comedian for performing two different stand-up specials while pregnant (and absolutely killing it both times). Her jokes will make all the mamas out there relate to her and die laughing. Ali Wong has also written an autobiography titled “Dear Girls” — a letter dedicated to her daughters.

Tom Segura has a whopping four Netflix specials, and he also co-hosts the Your Mom’s House podcast with his wife, Christina Pazsitzky. Thanks to his universal approach to comedy, he has a wide audience and appeals to almost everyone’s tastes. In his latest special, Ball Hog, he discusses family relationships, following your dreams, and so much more.

Comedy fanatics know this Italian-American comic for his jokes about everyday things, such as self-checkout machines, houseguests, and having immigrant parents. He has four Netflix specials, and there’s no way that you won’t cry laughing while watching them all. Prepare yourself for some seriously relatable comedy!

Praised by Jerry Seinfeld himself, Mark Normand is an up-and-coming comedy star. His recent special Out to Lunch premiered on May 12, 2020, on YouTube, so there’s literally no excuse to skip it. Normand is one of my favorite comedians of all time thanks to his perfect delivery, quick wit, and brilliant jokes. I highly recommend checking out his work — if you can handle his dark humor, that is!

This 26-year-old comedian already has her first Netflix special, Quarter-Life Crisis (relatable title, right, Millennials?). Citing Conan O’Brien as her “comedy dad,” Taylor Tomlinson is becoming more and more popular, and she truly deserves the hype. Her twentysomething perspective allows her to reach a vastly different demographic than older comedians, which is a huge plus these days.

If you know Anthony Jeselnik’s comedy, you definitely know that it’s not for the faint of heart. In his two Netflix specials, Jeselnik showcases his observational comedy, which will make you cringe a little and laugh a lot. His experience with Comedy Central’s roasts definitely benefited his comedy, and we’re here for it.

Even though Joe List doesn’t have a Netflix special, he’s one of the funniest comedians these days. His deadpan delivery and more-than-relatable content make him someone that you should watch. In his hour-long stand-up special, he discusses topics such as the dentist industry conspiracy, coughing during sex, and sleeping on planes.

In his Comedy Central Special, I Got This, Sam Morril discusses the struggles of modern dating and past relationships. He also advises you to carry a pack of cigarettes when you’re on a night out (watch to find out why). His comedy is so brilliantly accurate and wildly funny that you won’t believe you haven’t heard of him sooner.

Stand-up comedy is on the rise — there’s no doubt about it. And since most of us are still at least partially quarantined, we can fill our time with laughter and relatable comedy from these hilarious comedians. Whether you’re already a huge comedy fan or you’re just now getting into comedy, check out these 10 comedians. I promise you won’t be disappointed!