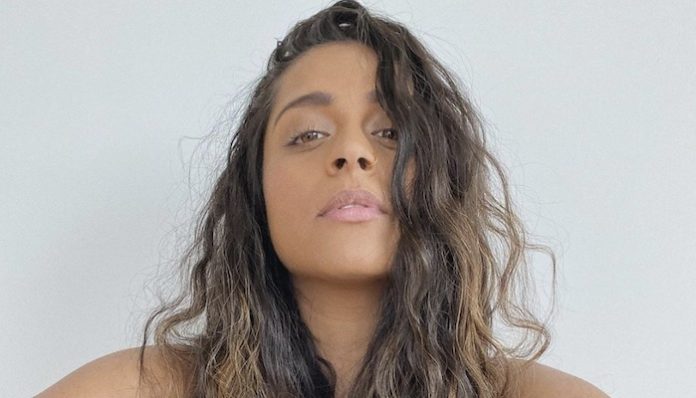 YouTube star Lilly Singh is facing major backlash after uploading a music video on Tuesday, being labelled as a “culture vulture” and is accused of cultural appropriation.

The talk show host posted a Twitter and Instagram video of her remaking dancehall artiste Ding Dong’s 2006 track Badman Forward, Badman Pullup. The video was supposed to be in support of girl love. But many people saw it as another incident of cultural appropriation.

This is not the first time that the Canadian comedian has been accused of cultural appropriation.

In fact, Lilly Singh has been accused of taking from other cultures throughout her career. From wearing baggy clothes to calming the word “bawse” as her own – taking from black culture – is something she is no stranger to.

Oftentimes, Singh can get away with such behavior due to her skin color and the neighborhood she grew up in. Toronto has been deemed one of the most multi-cultural cities in the world where it’s common to understand slang and other cultural references. The difference is most people don’t use them if it doesn’t apply to them, they just understand those cultures.

However, critics of Sigh such as Jamaican-Canadian writer Sharine Taylor pointed out that nearness does not equate to culture. What’s more, Taylor said, “The continual use of proximity to culture with specificity to Toronto [is] really only a thing when it comes to Black culture or Black diasporic culture.”

What makes Singh’s appropriation worse is that she is often making fun of it.

Part of Singh’s brand to make fun of her culture. She often does this by dressing up as her Indian parents and pointing out weird things that her parents do as a result of her own culture. However, she does this in many ways. When she makes fun of herself she not only makes fun of Indian culture. She also makes fun of black culture disguised as a ‘Toronto thing.’ Which can be hurtful to the Indian and black communities- regardless of what part of the world they are from.

As many noted on Twitter today, the Indian community has very few A-list celebrities representing their culture. Most notably, Mindy Kaling, who has done wonders for women of colour in a positive light, and Priyanka Chopra Jonas, who some are beginning to say is losing sight of her activism for the Indian community due to her high profile marriage.

People are even labeling Singh as an embarrassment to their culture and dragging other influential women of different races as a result.

Singh frequently likes to point out the fact she is one of the only women of color to reach her level of fame. It’s surprising how she was able to nag a talk show in the first place despite the amount of criticism she received throughout her career. However, maybe that is something that shouldn’t be celebrated – as she had to tear down many people to get there.

Why You May Be Intrigued By The Idea Of Having An...