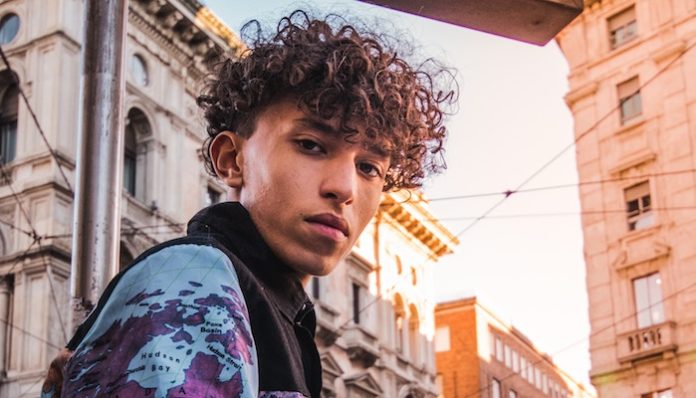 A new term ”softboy” is making the rounds on the Internet, and it has us all raising our eyebrows.

If you asked me what I thought “softboy” means, I would have guessed someone like Alex Day, or Tom Milsom, or Austin Jones. I would’ve thought it meant someone who seems woke, cool, and poetic, but under the surface is actually a predator.

So what is it actually?

Urban Dictionary tells me that I’m only half right. It’s a word for men and boys that display traditionally feminine qualities.

The rest of the definitions reveal other frustrating details. It includes things like: plays a musical instrument, talks about his feelings, enjoys specific aspects of social media, lets his hair grow out, and doesn’t appear to pursue the “Sports Illustrated” muscle ideal. However, that seems rather broad. By these measures, anybody who does not live in the gym and communicate in grunts is a “softboy.”

I’m sorry, everyone. Are any of those “softboy” traits a bad thing?

On a deeper level, I can see why the term has caught on: it’s a homophobic dog whistle. Sure, it doesn’t call anyone a “f*****t” directly, and therefore it cannot be construed as an attack. But when you read between the lines, you see what the real meaning is. No doubt the people using this word also complain about “political correctness” (otherwise known as compassion) and strongly endorse mandatory military service to “make our men tough again!”

Personally, I liked my unenlightened definition of the term better. Not because “softboy” is such a lazy insult, but because it is time we, as a society, rethink why we’re more focused on appearance than substance. Who cares about how other people choose to express themselves? It’s who they are on the inside that matters.

Moreover, biases based on stereotypical conceptions of masculinity and femininity are dangerous.

Back in 2014, YouTube had its own mini #metoo moment, (number 9 in the link) with multiple indie singers outed as sexually manipulative creeps. Part of the problem was not just that those creeps had huge fanbases. These predators surrounded themselves by people who saw what was happening but performed marvelous feats of mental gymnastics to excuse the behavior. “He can’t be rapey or an abuser, he plays the ukulele!” is the defense that a lot of people in their inner circles used to justify what they witnessed.

So, instead of wondering whether or not “softboy” actually means anything, might I suggest an alternative? Let’s interrogate our own biases and figure out why we feel differently about people who express themselves in gender non-conforming ways. Or, better yet, let’s figure out why we place so much value on what someone looks like versus who they are inside.

What are your thoughts on the “softboy” label? Tell us in the comments!

Photo by Aiman Zenn on Unsplash

3 Socially Distant Ways You Can Celebrate National ‘Give Something Away’...