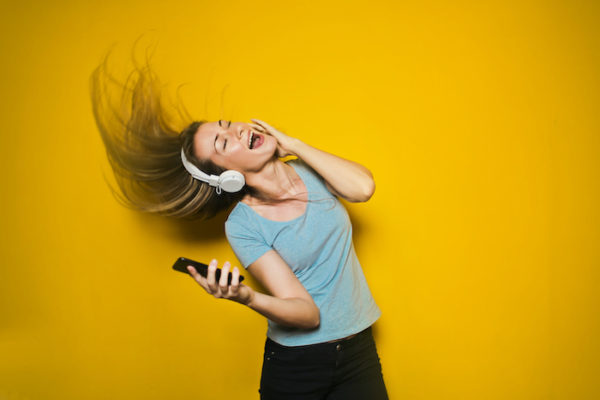 For all you music lovers out there:

Have you ever been listening to a song on the radio and thought: Damn. This is really good. Who sings it? Well, get ready because I’m about to blow your mind, and you just may find that you have broadened your horizons in all things music. Are you ready? So, here are 8 songs you would never believe are covers!

1. The Sound of Silence, Disturbed

If you are a big fan of this band, you may know it, but, David Draiman did not create this wonderful song. Wait for it….the writer of this song is Paul Simon, and he recorded it in 1964 by Simon and Garfunkel. Moreover, Simon and Garfunkel consisted of Paul Simon and Art Garfunkel. Below is a video of the original version of this song for your enjoyment. According to Wikipedia, Paul Simon stated in interviews that he had written this song in his early 20s in his bathroom with the lights off so that it was easier for him to concentrate. Simon liked the echo of the bathroom tiles and the calming sound of the running water from the faucet.

This one actually bothers me a bit, but you can be the judge of it. If you are a fan of the original artist, maybe you will see my frustration, since Rivers Cuomo doesn’t actually sing this melodic jam hit. Africa was recorded and performed by the band, Toto in 1981. Supposedly, the song is about a white boy trying to write a song about Africa. He has never been there hence he is alluding to the things he has seen on television.

Many may already know this, but the song Zombie was originally written and recorded by the band The Cranberries in 1993. It was written about the IRA bombing that occurred the same year in Warrington, Ireland. It was also in memory of two of the young victims Jonathan Ball and Tim Parry. According to Wikipedia, The Cranberries lead singer Dolores O’Riordan was supposed to perform the song with Bad Wolves but had passed away prior to the cover being recorded. Anyhow, O’Riordan will be greatly missed by all her fans, including myself.

4. Hard to Handle, The Black Crowes

This funky rock tune shocked me because I, too, was unaware this was a cover. Much to my surprise, Hard to Handle was written and recorded by the soulful Otis Redding in 1967. Mr. Redding sadly passed shortly after the song was recorded, and it was released to the public in 1968. Feel free to indulge in the wonders of the original recording of this masterpiece. And if you enjoy this one, give a listen to his hit song, Sitting on the dock of bay.

This beautiful hit we all know by the voice of Eddie Vedder was in reality written and recorded by Wayne Cochran in 1961. It then went on to be covered by J. Frank Wilson and the Cavaliers in 1964. It’s been said that this song was inspired by the true story of Jeanette Clark and J.L. Hancock who were both 16-year-olds. According to the story, these two teens were on a date a few days before Christmas of ‘62, in Barnesville, Georgia. Their car was tragically hit by a tractor-trailer carrying a load of logs on a rural road. It’s been said that there have been multiple accidents on that rural road as well.

6. The Man Who Sold the World, Nirvana

Despite the incredible music of Kurt Cobain, rest his soul, this song was not written by him. This lovely song was in fact, written and performed by another inspiring songwriter, David Bowie. The inspiration behind this song was Bowie trying to find a missing part of himself, as many of us try to do. For your personal enjoyment, give Bowie’s version of this incredible tune a listen.

7. The First Cut is the Deepest, Sheryl Crow

Believe it or not, this song is not a Sheryl Crow original. This song was written and performed by the handsome Cat Stevens in 1967. If you don’t believe me, look him up. This song later went on to be re-recorded by Rod Stewart, Maggie May’s finest; as well as, other recording artists. Feel free to relax to the voice of Steven’s in this song’s original recording. And if you happen to enjoy Cat Stevens, check out his hit Wild World.

For all you 90s kids, I hate to disappoint you, but Kravitz did not write this song. In fact, this guitar-heavy song is actually an oldie but goodie. The band The Guess Who, created this hit in 1970 during one of their performances in Canada. Guitarist, Randy Bachman, had been tuning his guitar after replacing a broken string, and he started playing a new riff he didn’t want to forget. The rest of the band joined him on stage and lead singer, Burton Cummings improvised the lyrics.

Now that you took a journey through time and discovered that some of these songs, maybe even some you may have known, were in fact written by someone else–hopefully this article helped you to broaden your musical horizons. Did you find out something more about your musical taste you never knew before? Go ahead and delve into some more tunes by the original artists above. And while you’re at it, make sure to keep listening for more songs on the radio in the future, you more than likely are going to hear a tune from decades before.