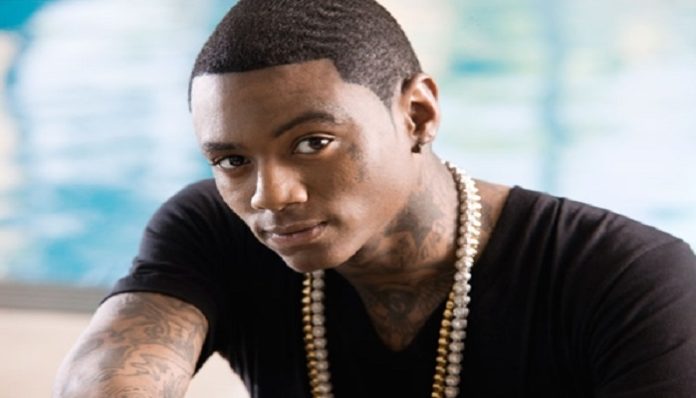 Soulja Boy is under fire after accusations of kidnapping and assault have been made public by his alleged girlfriend, Kayla, after she claimed he tried to kidnap her outside of his Los Angeles home on Saturday night, TMZ reports.

The pair allegedly got into an argument and Kayla was told to leave Soulja’s residence on at approximately 2:30 p.m.

As the woman drove away, she clipped the curb. This allegedly “agitated” the rapper’s assistant, who then got into a fight with Kayla.

TMZ sources say Soulja broke up the fight. But, the woman claims she was punched and kicked. She also alleges Soulja picked her up and took her into his garage and tied her up to a chair using an extension cord.

Six hours later, Kayla was released and called the police when she got home. The woman says she suffered three fractured ribs and a concussion.

An active investigation is underway and law enforcement confirmed to TMZ that they have filed kidnapping charges. However, they did not confirm the name of the victim or the suspect, but can confirm a female filed a kidnapping report through the police on Saturday around the time of the 911 call.

The rapper’s manager is denying the allegations, claiming Soulja “always calls me if there’s any problem.” He didn’t call his manager after the alleged incident.

Soulja Boy is actively denying that he attacked her. He claims to TMZ that this is a “simple case of a woman scorned.” Sources are also telling the popular gossip site that the alleged victim is lying despite what the police report says.

This is not the rappers first run-in with the law.

Soulja Boy is serving five years probation after being convicted on a weapons charge. He is currently not allowed to own or threaten anyone with a deadly weapon.