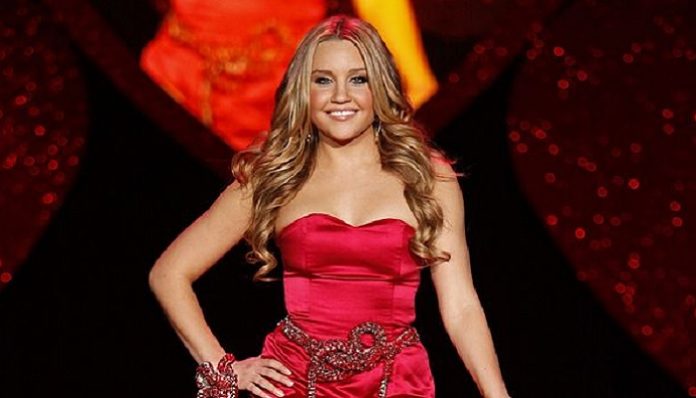 After years out of the spotlight, finishing up her associate’s degree at LA’s Fashion Institute of Design and Merchandising (FIDM), Amanda Bynes is happy and healthy. Her recent interview with Paper Magazine included lots of nostalgia, self-reflection, bravery, and strength.

Her early success during her television days on All That and What a Girl Wants led to the creation of the ultimate masterpiece: The Amanda Show.

I can confidently say that The Amanda Show was the epitome of comedy for me as a four year-old, and still remains to be one of the most iconic shows in Nickelodeon history. Her talent and overall charm had her win Favourite Television Actress at the Kids Choice Awards for 4 years in a row, not to mention that her multiple nominations in a myriad of projects, quirkiness, and quick wit made her the teen sensation that everybody loved and wanted to call their best friend.

Not only was she the Queen of Nickelodeon, but she managed to dominate the big screen too, with Big Fat Liar and, what I would consider a classic, She’s the Man. The movie based on Shakespeare’s Twelfth Night was one of the highlights of Byne’s career and of every 90’s baby’s life (not only because it was the greatest movie ever, but because this was also when many 90s movie viewers we were also introduced to Channing Tatum).

But while we were busy memorizing every line in She’s the Man, for Amanda, the movie was the start of body dysmorphia, and she talks all about it with Paper Magazine.

“When the movie came out and I saw it… I went into a deep depression for 4-6 months because I didn’t like how I looked when I was a boy.” She paused, “I’ve never told anyone that.” Seeing herself with short hair and sideburns was “a super strange and out-of-body experience.”

During the early 2000s, when magazine and tabloid culture was at its prime, paparazzi had no boundaries.

And, for a teenage girl, not liking your appearance makes life even less easy. With the potential headline nightmares floating around, one can only imagine the “what-ifs” going through the star’s head. Despite all of this,  the fans and public saw a put-together, resilient, and talented comedy queen. She was always coming out with new projects that had people ready to genuinely LOL.

Amanda went on to talk about how she battled with drug abuse.

She mentioned using marijuana and other recreational drugs. She started hating her appearance so much that she began using drugs such as Adderall (the “skinny pill”)on movie sets. It reached a point where Amanda wanted to discontinue acting because of how unhappy she was. Amanda says that, “[Drugs] absolutely changed my perception of things.” Things got out of hand and led to a negative side of her on Twitter; she tweeted at several celebrities saying hurtful and/or vulgar things to them, which she now comments on with sincerity.

“I’m really ashamed and embarrassed with the things I said. I can’t turn back time but if I could, I would. And I’m so sorry to whoever I hurt and whoever I lied about because it truly eats away at me. It makes me feel so horrible and sick to my stomach and sad… everything I worked my whole life to achieve, I kind of ruined it all through Twitter.”

Today, Amanda is a motivated and inspiring student at FIDM.

With professors and classmates only having wonderful things to say, her passion for fashion and personal growth only strengthen. She has overcome countless obstacles; she thanks her parents for being her support system. Ultimately, after years in the public eye, moving out of the spotlight has been her greatest achievement. Personal well-being is beyond any possible award.

Amanda has been killing the fashion design game, though.

After several quiet years, Amanda’s fashion and personal success are clearly evident and inspiring. Her bravery to share such personal stories with the whole world will inspire others to work towards similar self-growth. In regards to what’s next for Amanda, she hopes to return to acting soon and says, “I have no fear of the future. I [endured] the worst and came out the other end.” She survived and feels it can only go up from here. We couldn’t be happier or prouder than Amanda— Bynes is back, baby.