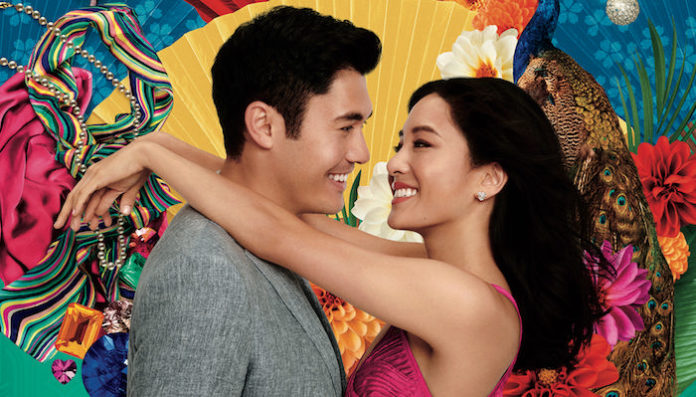 Two important movies will be playing this month. On the 15th, expect Crazy Rich Asians at a theater near you. On the 17th, Netflix will add To All The Boys I’ve Loved Before. I know they may seem like just another few movie releases, but they are so much more powerful and impactful than they seem.

Crazy Rich Asians focuses on Asian characters but is suitable for everyone to watch. Based on a best selling book by Kevin Kwan, the movie is about a middle class woman who falls in love with a wealthy man and has to deal with his stuck up mother. See? Entertaining for everyone. But most importantly, it’s the first Hollywood film in 25 years with an all-Asian cast set in present day!

To All The Boys I’ve Loved Before is a teen romance based on the young adult novel by Jenny Han, another best-seller. The lead character is Asian and portrayed by an Asian actress. The movie is about a teenage girl who releases her feelings by writing love letters to her crushes but doesn’t actually send them out. One day, the letters are mysteriously gone and delivered to her crushes. Adolescent adventure (the type we all wished for) begins.

These movies are special because it’s rare to see Asians on screens and even rarer to see them play non-stereotypical Asian characters, especially as leads. In 2014, only 5.3% of the actors in the top 100 films were Asian. Even when there are Asian roles, they are minimized to supporting characters with racial clichés.

Asian women are often portrayed as docile nerds or as dominant martial artists, both of which get sexually objectified. Asian men experience the same, except they are seen as undesirable romantic partners.

Reflecting on my life now as an Asian women in North America, I can see the impact of these portrayals and the consequences of the diversity shortage in media. Because majority of film actors are white (73.1% of them in 2014), I grew up thinking only white people were attractive. On screens, they were the main love interests with interesting personalities and beauty worth featuring. As a result, I deemed my own race as less beautiful. I hated my nose and told others, “I wish I had a white nose,” not realizing there are people of different races with the nose I wanted.

Furthermore, I written off Asian men as potential dating candidates and focused on white men. This cost me the opportunity of dating men who look like Henry Golding, the handsome actor who leads in Crazy Rich Asians.

The lack of accurate Asian representation in media affects everybody.

It conditions others to perceive Asians in a certain way, influencing important decisions. For example, it can cause employers to reject Asian candidates without evaluating their resumes properly. NPR reported that a study found resumes with Asian names were 28% less likely to get a call back than those with Anglo names, while the rest of the resume content were identical.

False representations also lead others to miss out on getting to know Asian people for friendships and dating. Once upon a time, my crush found out I liked him. He responded with a derogatory term, “I’m not into chinks”. His statement not only suggests he finds Asians unattractive but that they are also a fetish.

I’m sorry for this boy and people like him who reject an entire race of people who could have added to their lives positively. However, I am hopeful for people to catch one of the mentioned films to find that Asians are individuals worthy of love and respect for the right reasons.

Hollywood needs to hear this message too. I’m not asking the industry to provide Asians with jobs just because of their race. I’m declaring that there are talented, beautiful, and hardworking Asians who also deserve lead roles. They can become superstars and draw in crowds. Take a look at the Korean pop stars. They have massive international fanbases willing to spend money and long hours to line up and see them.

All the excuses I’ve heard for not casting Asians are bullshit.

They say American movies should cater to an American audience. There are Asians who are also American. They say Asian faces have trouble expressing emotions. Asians have been communicating with facial expressions since the beginning of time. Their empires, businesses, and large population are partly due to their communication skills. Plus, China has the second biggest film industry in the world and they don’t have trouble finding appropriate actors.