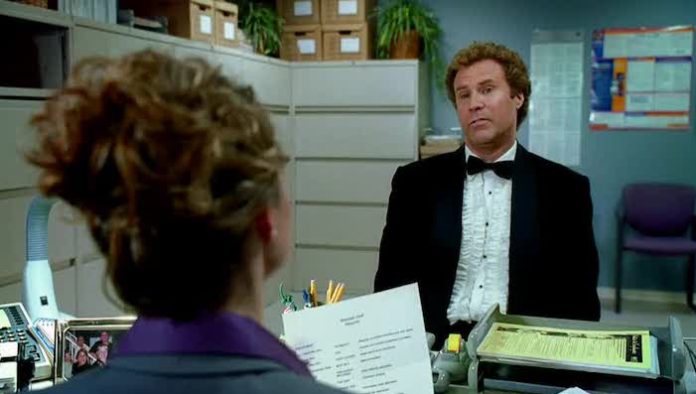 Imagine the following situation: you are a recruiter of a large international company looking for a candidate with superb communication skills to fill an important position. One of the potential employees comes to your office for an interview and you’re asking them why they were fired from the previous job. The candidate gives the following answer:

“I had an okay boss, but from the very first week on the job, I realized that we were going to have a problem because we had absolutely different personality types. One day we had an argument and she asked me to leave. The job was great, but I really did not appreciate the attitude of the boss.”

Now, do you think this is a good approach to explaining the reason why you were fired from the previous job to your potential employer? Most definitely, no.

Bad mouthing former employers during the job search is a really bad idea. Chances are the interviewer will perceive you as the yeller, the sneak, or another type of a high-conflict person because you failed to establish a positive relationship with your boss from the day one.

So how do you answer this question? A much more appropriate version of this answer awaits you at the end of this article. So, you should be very careful when letting potential employers know the reason why you were fired. But how can one be as careful as possible? Let’s go for a smart approach that turns firing into a positive experience and increases your chances to get your dream job.

As it was mentioned above, saying something bad about your boss during the interview or writing about different communication styles with your boss on the resume is a really bad idea. The person interviewing you or reading your resume may be concerned about what you’ll say about them and their company in case you get fired. And they would have a pretty good reason to think this way. You’ve done it once, how can you guarantee you’ll restrain yourself from this once again?

“A better way in this situation is to stay positive,” says Sam Robertson, an HR expert from Assignment Helper. “Don’t mention any conflicts that happened on your previous job in a great detail and let the potential employer know that this situation has never happened before.”

For example, you can say:

“It was a mutual decision that was the best for both me and that company. As you can see from my job history, this is not a recurring pattern.”

Lying is the last thing you want to do in this situation. By lying, you’re laying out the foundation for immediate dismissal if you get caught later. As the result, you can seriously undermine your career because other employers can find out about it. For example, they can check your references or contact your previous employer directly if they feel suspicious.

According to Chron, lying about the reason of being fired can damage your reputation as well. If your employer eventually finds out that you were dishonest, you’ll likely to face a work history with two terminations. Would you trust a person like this to help you grow a business?

Stick to the truth. If you did have an argument with your former employer, you can always explain that the circumstances in that situation were exceptional and you’ve learned a good lesson.

Here’s an example of how you can answer in case the real reason for firing you was a lack of some skills:

“I was a bad fit for that particular position because it demanded expertise in marketing, which is not my best skill. So, eventually, we agreed that working in that position didn’t make sense to me and I should look for a position in the area I’m expert in.”

When asked about the reason for being fired, try to be as concise as possible. The interview is not an interrogation, so you better concentrate on your positive qualities and strengths. Besides, you’re just a candidate, which means there’s no obligation to provide a comprehensive explanation of that situation.

Instead, go for a brief account and quickly segue into what you learned from that experience. For example, say that it made you a wiser and a stronger employee.

Be as concise as possible. For example, some of these answers may apply to you:

“The reason why I was fired from the previous job is simple. I…

Rule #4: Write Down Your Thoughts

Let’s assume that you have to go to a job interview tomorrow and you came up with a good explanation of why you were fired. To make sure that you don’t forget anything, script your answer. Read it aloud later to practice so you won’t feel as nervous as you will when saying it for the first time.

Having a friend asking you this question in a mock interview is also okay. This way, you can determine whether comfort level is appropriate when speaking about this matter.

Write down your answer and practice it. Having someone observe how you answer could also provide valuable feedback.

And Now, Let’s Revisit that Answer

Now that you have learned all ways to deal with past firing, let’s revisit the answer given at the beginning of the article. You’ll notice that it doesn’t badmouth anyone, shows that you learned a lesson, and is fairly concise.

“I was let go because I and my boss had different opinions. The merging of our different cultures caused a significant change, but I took full responsibility for my part. I can say that I learned a lot from the experience and now I know how I would have handled the situation differently. And since I’ve changed my perspective, I’m ready for the next challenge and great results.”

What do you think of that answer? It is clearly more appropriate than the one at the beginning of the article and the interviewer won’t feel that you’re a high-conflict person.

Keep your head up and apply for jobs! With this knowledge, you will answer the question about why you were fired with confidence and demonstrate that you’re focused on success.

Blake Lively Picked Up Knitting And So Should You