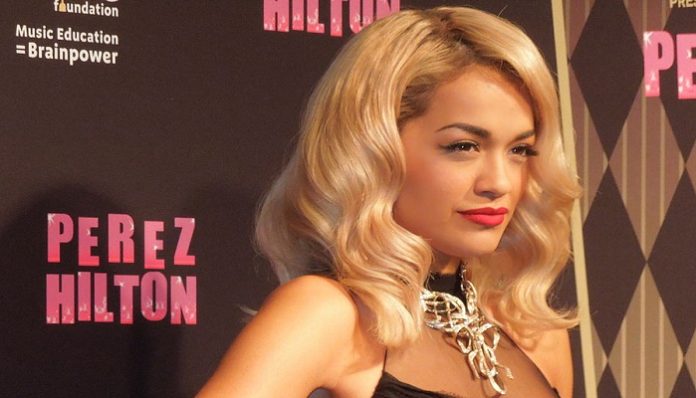 Rita Ora is an enigma.

It’s no secret that I’m not her biggest fan, but she has been putting out some decent music over the past year. After a stalled music career earlier in the decade, she went back and made an honest attempt at putting out music that would be worth listening to.

Unfortunately for Rita, her newest song “Girls” is not the song that will catapault her career to the next level. The track also features Charli XCX, feature queen Bebe Rexha, & America’s favorite female rapper, Cardi B. After a first listen to the song, it is extremely reminiscent of Katy Perry’s 2008 smash hit “I Kissed A Girl.” While Rita has come out and said that she was inspired by that song, it’s more like an obvious attempt at copying the format and making it more scandalous.

Two critics of the song, singers Hayley Kiyoko & Kehlani, have publicly stated that it’s a troublesome song. Rita Ora’s self proclaimed “bisexual anthem” has been described as “‘tone deaf” and “does more harm than good for the LGBT community.” The criticism isn’t wrong though.

For me, it’s Rita Ora’s suggestion that red wine makes her want to engage in physical activity with a woman. Why should wine, which is a behavior modifier, and oftentimes the determining factor bad decisions and sexual assault, be the reason why you want to experiment. In comparison, Katy Perry’s “I Kissed A Girl” she openly sings that her “drink in hand” helped her “lose her discretion” which in turn allows her to kiss a girl. While the lyrics aren’t as “troublesome” when the song was released in 2008, it was more salacious than offensive.

Another song promoting “bisexuality” in women is Demi Lovato’s 2015 smash hit “Cool for the Summer”. Demi sings about being curious, about exploration and about this forbidden tryst. She’s removed the use of alcohol as an excuse for that and talks about the feelings she has with a clear mind.

In 2018, with a growing and continued discussion about sexuality, gender fluidity and identity, many in the LGBT community are more open than ever about their experiences and those in the media either co-opting or playing on outdated stereotypes about sexuality and promiscuity.

When I first heard that Rita Ora was coming out with a track called “Girls” I thought it would be more reminiscent of the iconic 1997 track “Ladies Night” that featured Lil Kim, Lisa Left Eye Lopes, Angie Martinez, Da Brat & Missy Elliott. Boy was I wrong. It’s not often that you see a collaboration between a collective of females, especially in an industry where they’re pitted against one another.

Rita Ora has managed to put out a song that got her some buzz, but at what cost. Her music career has continued to be a rollercoaster of highs and lows, her hosting career on television hasn’t gone well (she got fired from America’s Next Top Model and Boy Band was cancelled), and she had a very forgettable role in the first Fifty Shades movie. Ora is grasping at straws at this point.

Below you’ll find some criticisms of Ora’s new song that I think sum up people’s feelings on the song, even if they are mostly Twitter trolls.

There are some artists who knock out hit after hit, and then there’s Rita Ora. While she made an honest attempt at putting out a hot single for the summer, I don’t think she was expecting the backlash that she’s received. 2018 has decided you’ve been cancelled sweetie. Try again next year.