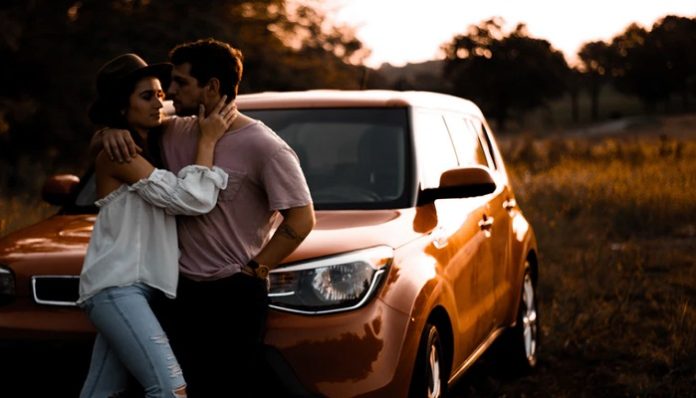 I’ve never been in love.

Well, actually…that’s kind of a lie.

You see, I have never told anyone that I love them, romantically. It’s something that I don’t think you should say until you really, truly, 100 percent mean it. I’ve told myself that I will know love when I see it. Meaning that when I’m with someone that I love, I’ll know it for sure without question.

I’ve begun to think this is because there have previously been two men in my life that I thought I loved. On two separate occasions, roughly a year or so apart, I met two different men that I casually dated for an extended period of time. They gave me butterflies and made my heart tingle. After a while, I thought to myself, “Could this be? Is this love I feel?” There have been plenty of other men and romantic interests in my life, but those two stood out.

I was convinced that it was. But due to the nature of our casual relationships, I didn’t tell them. Lying next to either of them in bed, I felt like I was home. They were home. I loved these guys, and at the time, I thought I could and would love them forever.

But that’s the thing about love. Once you start really and truly loving someone, I don’t think you ever stop. And when they left, I was shattered. I was convinced that I had just let my soulmate slip away and no one would ever make me feel that way again. But then eventually, each one of these guys did something truly terrible to me that I just couldn’t forgive them for…and just like that, my “love”  for them was gone.

I felt so much hatred for both of these guys. I look back now and think, that couldn’t have been love because I don’t feel a goddamn thing for you now. And I don’t. I honestly do not give a single shit about either of these men now, and I’ve since cut them both out of my life.

When you love someone, you get know all of their quirks and flaws, and you eventually begin to love those too, because it’s essentially what makes them, them. You see each other at your best and your worst, and it’s both the highs and lows that bring you closer together. It’s those moments that seal that bond.

When you really love someone, they could break your heart and you still wouldn’t hate them. You’d still wait to see their name light up your phone and you’d be ready to take them back in a heartbeat. And even if you had to leave the relationship for the better, your heart will still ache for them.

Even seeing them so many years later, that spark might not be there anymore but you’ll still feel something. You’ll look them in the eye and remember what it was like to love them because you won’t have to try very hard. Even if it’s no longer a romantic love, the love is still there. It doesn’t go away just because you’ve stopped seeing each other every day. It won’t be the same intensity that it once was, but it’ll still flicker there.

I think a lot of us mistake feelings of lust and passion for love. I know I do. They’re hardly indistinguishable, especially when you’re looking at someone through rose colored glasses. Because when you look at someone through rose colored glasses, all the red flags just look like flags and you feel that lust and “love” simply because you want to feel it.

When you think you’re in love, you’d be surprised how quickly you realize you’re not in love. That first earth-shattering fight, and you immediately realize you don’t care if it’s over. You’re not in love anymore. If you were, you’d fight for them. The first time you hang around for one of their depressive episodes and you can’t stand looking at them on the couch in the same sweats for the fifth day in a row, so you disappear as much as possible and hope they figure it out on their own. You’re not in love. If you were, you’d be there with them.

My point is that when you start loving someone, you don’t stop. Not for the fights, not for the ugly sides of mental illness, not for the hairy situations you don’t want to be in. And if you wake up one day and find that you no longer love someone that you thought you once did, really ask yourself if you ever did love them.

So no, I have never been in love. I have never uttered those three little words to anyone, nor have I had the privilege to hear them from someone else. But I think I’m lucky to have experienced “love” in the way that I have, because one day, I’m not going to miss it when it’s right in front of my face.