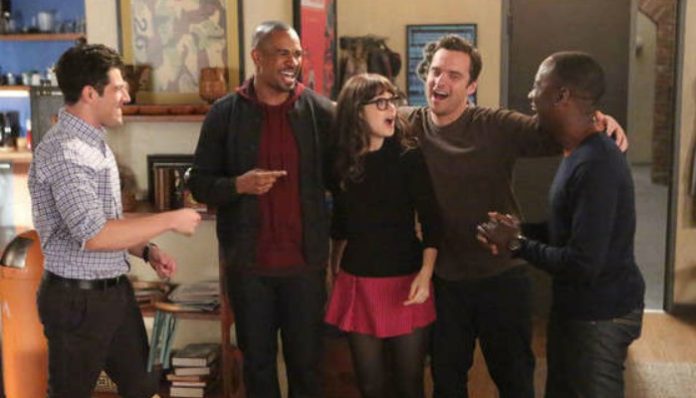 Okay, I love my girls. Really, I do. I live for those nights full of gossiping, venting, and maybe some communal crying. But when it comes down to it, I’m most likely gonna wanna hang out with my guy friends about 75% of the time. It’s not that I prefer one over the other because I have a ton of fun with both parties. I’m just saying that there are some serious benefits to having dude friends.

1. They’re always down to do stupid shit.
I feel like most guys are hard-wired to be drawn to stupid shit. I could text a group of my guy friends as suggest doing something stupid, like beating the shit out of each other with PVC pipes inserted into pool noodles or setting up a slip n slide on the roof onto a trampoline and they’re always about it.

2. They’re protective of you.
If you’re going on a date with someone new, they’re going to want to know all the details so they can keep tabs on you and make sure you’re safe. They’re also ready to kick some ass at a moment’s notice if someone hurts you. And when you hit the bars, it’s like having your own Secret Service.

3. It’s like having a whole slew of brothers.
Honestly, you fight like siblings. But you love each other and would do anything for each other. As someone who grew up with just one brother, it’s fun to get the guys together and imagine that I grew up with six brothers.

4. They’re always willing to help you.
“Hey, can you come fix my toilet?” “Can you help me move my bookshelf?” “Wanna help me build this?” The answer is nearly always yes. It makes them feel masculine by helping you, and it’s nice knowing I can always count on them when my brother or dad isn’t around to help out.

5. You can ask them all the personal questions that pertain to…uh, their “biology”.
I don’t know about you, but I have a ton of questions for guys. How often do you really wash your sheets? Does it hurt to pee with a boner? How does that work? And guess what? I can ask my boys every weird question there is and get an honest answer (and when I’m drunk, I don’t hold back).

6. They know exactly how to cheer you up.
Girls are really good at talking things out and sharing advice, which is super helpful when you want it. But sometimes, you don’t want to talk it about it or even think about it. Dudes are great at keeping you entertained without treating you like you’re fragile or trying to weed out any juicy details from you.

7. They’re not afraid to call you out on your bullshit.
Try going to take a discreet poo (because you’re a lady), and coming back to have at least one guy immediately call you out. Or try lying about anything. Just last week, after a day of day-drinking, I had snuck away to quietly vomit, and when I came back and tried to act like nothing had happened, one didn’t even skip a beat.

8. They make the best wingmen.
One of them has a cute friend? Consider yourself hooked up. Also, I feel like guys just all know each other. So if you have your eye on a cutie, odds are that they know someone who knows someone and can pull some strings to hook that shit up.

While there certainly isn’t always less drama involved with guy friends (seriously, guys need to chill), they have their perks. They’re not necessarily “better” than your gal pals, but they certainly an entirely different ball game.