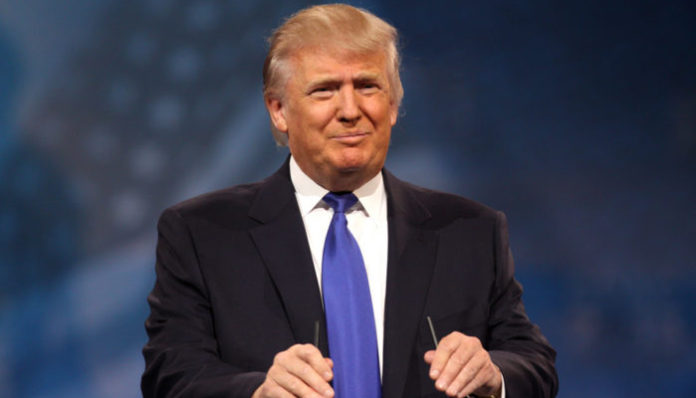 There has been much speculation on how Trump will approach environmental policy. He has stated that climate change is a ‘hoax’, and denied the effect of human activity on a warming planet. He has appointed a climate change denier and oil company CEO to his cabinet. But most important of all is Trump’s energy plan.

The “America First Energy Plan” has now been published on the White House webpage. It praises the use of American energy stores, initiating the US needs to move away from its dependence on foreign oil. Trump’s plan then immediately goes into the dangers of environmental regulation, including the Climate Action Plan, which was put in place to move towards clean, renewable energy and limit greenhouse emissions. The “America First” policy also explicitly support coal-based energy, in an effort to assist in the energy needs of the country, but also to create jobs. Finally, the policy concludes with a commitment to “responsible stewardship of the environment”.

The major contradiction within the “America First” plan is Trumps promised revival of the coal industry. Though the US currently relies on coal to meet energy needs, the coal sector has been in decline in recent years, as a way of weaning the country off the dirtiest form of energy. Coal burning supplies 40% of the world’s electricity, but it also is responsible for 39% of global greenhouse gas emissions. Coal mining contaminates water sources through turning water dangerously and is a direct contributor to the smog threatening to take over London, or Beijing. Even with increased regulations and advancing technologies, climate experts and environmental hold fast to the fact that coal will never be ‘clean energy’, despite the government’s best efforts. The promise of increased coal production is directly at odds with any environmental protection or climate change prevention measures.

There have also been promises of expanding the oil sector in America, with the aim of completely removing the country’s dependence on foreign oil. Trump has already passed an executive order pressing on with both the Keystone XL and Dakota Access pipelines, two hotly contested projects. Pipelines do provide much quicker access to oil across the country, but also bring heavy environmental costs with oil leaks and spills, such as water contamination and damage to sensitive ecosystems. Trump’s new oil policy could also mean increased drilling offshore drilling, a practice known to be particularly risky in terms of spills and contamination of the surrounding aquatic ecosystems, as seen in the Gulf of Mexico when the BP rig explosion in 2010.

Aside from publishing the “American First” plan, Trump has also promised to pull out of the Paris Agreement, an international collective policy to reduce greenhouse gas emissions while moving economies to rely on greener energy sources. Stepping out a large-scale international agreement will cause ripples throughout the global community, showing that the US is not willing to cooperate or work with international standards or goals. Abandoning the agreement also frees America from the greenhouse gas reduction and green energy development targets set by the collective agreement.

The “America First Energy Plan” in turn, leaves the nation behind, stuck in the energy technologies of the past.

While attempting to stimulate the US economy and provide job growth, the plan ignores the advances being made by other countries, all around the globe. Green technologies not only provide good paying jobs, they also help elevate the US  economy by staying competitive in the global energy markets. By cultivating outdated sources of energy, the Trump administration is leaving Americans, their energy infrastructure, and climate, behind.

28 Life Lessons You Should Know By 28