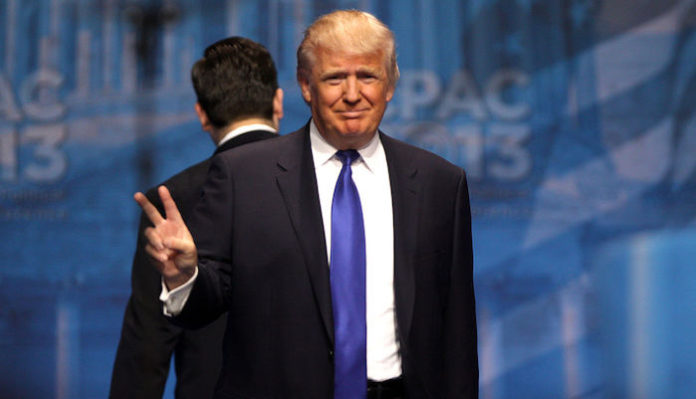 Now that we are a two days away from Donald Trump’s Inauguration (gasp), the list of performers has been confirmed. And let me tell you, it’s a mixed bag of fish.

To sum it up, there are only four “celebrities” that you would actually recognize right of the random bunch that will be attending. Angelina Jolie’s dad, the guy who sung that Superman song we were all obsessed with at one point, an America’s Got Talent runner up and the dude who sung about his love for a red Solo cup.

Unlike President Barack Obama’s inauguration, almost every celebrity has declined an invitation. And if that’s not saying something, I don’t know what does.

Justin Timberlake, Katy Perry (the fact she was a massive supporter of Hillary Clinton should have given her answer right there), Bruno Mars, KISS, Garth Brooks, British icon Elton John and Canadian artists, Celine Dion and David Foster have all said “no”.

I mean, being invited to a presidential inauguration is a huge honor, especially to perform in front of him. And I understand how supporting a future president like Donald Trump can bring on negative backlash for an artist. Clearly the following artists don’t care. Here is a list of celebrities who will attend and/or perform:

And although rumors have swirled about a performance from legendary Italian opera singer, Andrea Bocelli, he will not be performing. It’s been confirmed the Trump inauguration organizers did extend and invitation, but he “respectfully” declined. That’s right, Bocelli rather sing at Kim Kardashian’s wedding rather than at Trumps inauguration.

Based on the list of celebrities who did sign up to show their support, it’s like the entire D-list is willing to appear. And the ‘D’ must stand for disastrous. (Although I do enjoy 3 Doors Down, no judging here).

This “Make America Great Again! Welcome Celebration” will truly be one for the history books, especially following the ‘people’s president’, Barack Obama’s, presidency. So buckle up for a bumpy ride, fill up your red Solo cup with whatever poison you fancy and do as Toby Keith sings, proceed to party. Or plan your move to Canada, your choice.

6 Ways To Help Your Partner Overcome Insecurity In The Bedroom