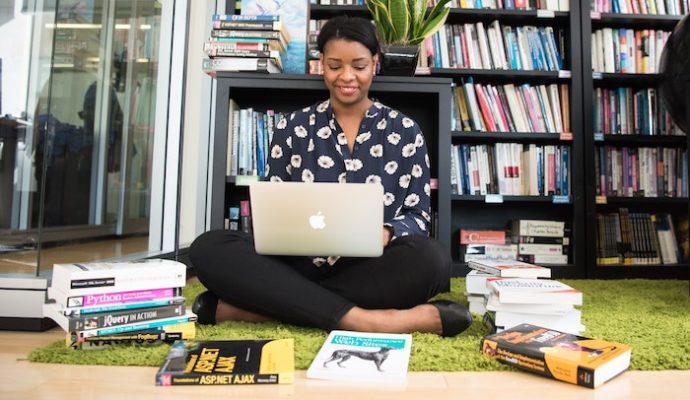 The library is my sacred space. I’m there at least twice a week during the regular school year, and that amount increases exponentially when midterms and finals come around. It’s a place to escape your messy room, crowded Starbucks, distracting dorm study area and loud sorority house to get work done. Most importantly, it’s a place for quiet study for those of us tackling two projects, two exams and one presentation all in one week.

And I swear if you mess with this sacred space, so help you god. The last thing anyone wants at the library is some idiot doing any number of things that distract people from their work. I’ll be the first one to tell you to shut the hell up if you’re being loud, but there are far more annoyances beyond speaking loudly.

First of all, there’s the issue of eating food in the library. I get it: you’ve been studying for hours and you’re starving, so you decide to chow down. But I beg you to think before you chew is your food 1. smelly and/or 2. really loud? If you answer no to both of those questions, go ahead and enjoy your food. However, if you’re going to eat hard shell tacos from Chipotle, we might have a problem. The smell of that delicious guacamole combined with the sound of crunching taco shell is enough to distract anyone from that English paper. My ability to focus decreases exponentially when all I can think about is getting some of that Chipotle for myself.

And then there are those people who decide to make the library their second home. They talk on the phone, play loud music and take their shoes off. A crucial aspect of the library is the fact that it is either quiet or silent, unlike someone’s personal space that has no maximum volume. When people start up phone conversations or play music loudly through their headphones, it compromises the silence of the space. And when the silence is compromised, there’s really no point in being in a library. How can anyone possibly study when there’s music playing and phone conversations going on? Taking off one’s shoes gets back to the whole smell point: it really is not enjoyable to do work in a room full of the stench of sweaty feet.

This last annoyance gets particularly bad during finals time when everyone is crowding the library in an attempt to cram for five exams. It’s when one person decides to take up an entire study room by him or herself. I’m sorry, but who died and made you king? Study rooms have tables with at least six chairs, which means they’re meant to be used by six people – not one. Those little cubicle things are meant for personal use; study rooms are not. The worst part about a study room being occupied by only one person is that it forces groups of people to sit in the open parts of the library. So when a group needs to talk and collaborate for a project, they are forced to do so within earshot of other students. Thus, one person’s action of hijacking an entire study room causes everyone else on that particular floor of the library to get distracted by the discussions between members of a group project.

Now I’m not saying that I’ve never been guilty of these annoyances. There have definitely been times when I’m that girl loudly crunching on granola on a silent floor of the library, so to anyone who had to suffer through that: I’m sorry. But if I can make the conscious decision to avoid being annoying at the library, so can you. And believe me, if you stop disrespecting the sacred, quiet space of the library, you’ll be on the receiving end of a lot less death glares.