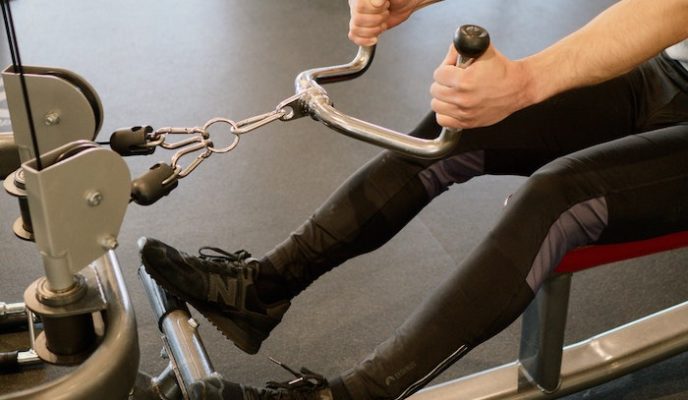 Let’s be honest, we’re all fans of our generation’s authenticity and sometimes dopy flair, so why not joke about it am I right?

We’re all aware of this self-proclaimed people’s champ. They tend to go a little bit, way to hard… in everything! They’re not just pumping iron or sprinting down the track, instead they’re enrolled in every goddamn fitness class your university offers. One day they’re at spin class, the next they’re dropping bodies in kickboxing or swinging for days in kettle bells. Hell, they follow every class up with an hour on the racquetball court, which precedes conquering the latest rock-climbing route and draining threes with the b-ball thugs. When aren’t they hyped to exercise at the Rec Center? Do they ever leave? Who the hell knows, but one thing is for sure, they’re having extreme difficulty letting go of the glory days – high school Phys. Ed. – and could use some genuine moral support, or a gym buddy… Yea definitely a gym buddy.

The male gym goers universally adore this gal. A lot. Why? Probably since she’s blessed with god given ASSets. Yes, the Pun is intended. Above all, this diva is out to make a fashion statement, not to break a sweat. The only gains she’s making are in the hater department. Ladies, leave the Fashionista alone! Perhaps you’re just a tad jealous since her only fitness goals comprise of consistently matching scandalous, skin-tight, neon sports bras, Lulu Lemon Yoga Pants and fresh, vibrant Nikes. Ultimately this sweetheart is out to maintain appearances, which is why she’s made up like she’s preparing to see an ex-boyfriend. Realistically, she’s not bothering anyone. Let her babysit herself on the Hip Abductor/Adductor machines while she texts her nearby betch on the Elliptical.

They rush into university Rec Centers nationwide repping their letters and disproportional physiques. Yep, better believe they skip leg day. The Frat Stars follow the principle of divide and conquer, minus the divide part. With six bros to a bench, accept that you won’t be hitting chest on a Monday afternoon. On the contrary, what they call exercise looks a lot like an obnoxious forum to discuss their latest civil citations, or weekend slam pieces. I digress. The sorRAWRities aren’t safe from scrutiny either mind you. They take hold of the buddy system and are literally attached to a sister’s hip. Why? You got me on that one, but somehow they always happen to exercise no more than a yoga mat’s length away from a sis, big or little. Otherwise, the workout just can’t happen.

Without a doubt he’s the guy you don’t keep waiting for a machine. This veiny, herculean hunk of matter doesn’t play games. When he requests, “Ay bud, how many sets you got left,” you quickly declare “None sir, and may I please wipe down this machine for you?” Then get the fuck out of there ASAP! He’s the bully you don’t stand up to. Unless of course you’re open to taking a dumbbell to the skull, than have at it. Secretly, we all know his hard ass persona is a façade, in that he’s totally insecure. He hides it well through excessive grunting before, during and after sets, which terrifies spectators. Hulk’s main concern entails achieving mad GAINS, regardless of his inability to place his arms by his side due to those massively ginormous lats. Also, understand you’re a guest in this guy’s home, so don’t mock his handy dandy gym journal or gallon jug of water laced with ambiguous anabolic powders.

Now don’t get me wrong, I’m accepting of 20-something year old millennials settling down in college. It’s adorable. Hell, I’ll even tolerate suggestively sensual, albeit un-fucking-necessary PDA in my vicinity. All things remaining equal, if I witness a couple in the gym performing that which isn’t gym etiquette, like handholding, I may act a bit unreasonable. If such activity does occur, I’ll nonchalantly request you two run together on the treadmill at maxed incline and speed so I can witness you grab-assing fucks endure a Romeo and Juliet finish. “Sorry it’s not personal, we just hate you,” said every happily-single college student ever.

This fool is a bit of a paradox. He boasts all this knowledge of health and fitness (“Bro Science,”) yet won’t practice what he preaches. He’s the first guy to critique your squat form without warrant, still the tool can’t squat below parallel, let alone ass to grass. Talk about a hypocrite. My man, no one is looking for tips on how to increase their jogging strides. I promise. You on the other hand look like you’ve been practicing the Subway Diet and are failing miserably (Jared 1 – Advice Guy 0). As for the ladies, whether you welcome it or not, he’ll awkwardly evaluate your ab exercises. Though they’re remarkably creative and outright entertaining, the advice douche will assert that you’re hindering your ability to reach your core’s potential… I call bullshit. Keep doing all that promiscuous twisting shit. We males love it. And for that we thank you.

Don’t get me wrong, people watching by its very nature isn’t creepy. We all do it. Unrelated, I often post up at the Student Union Center (or local Wal-Mart) with a Venti coffee in hand; enjoying the freak show and ego boost. However, there is a line, which gets crossed by Creep Boy. His uncomfortably awkward gaze stares directly into your soul, and you feel it from a mile away. Moreover his unsightly presence alone gets us all on edge. The dingy wife beater, cargo shorts, and beat up New Balance sneakers explain why the Greeks justify hatred of GDIs. This goon embraces uncomfortably close quarters. He’ll slyly lunge towards his female victims with his eyes fixated on their fun parts. That said, there are looks of admiration, and than looks of “Hey we better call Chris Hansen of Dateline NBC because shits about to go down.” Just saying. Remain calm, all is well!