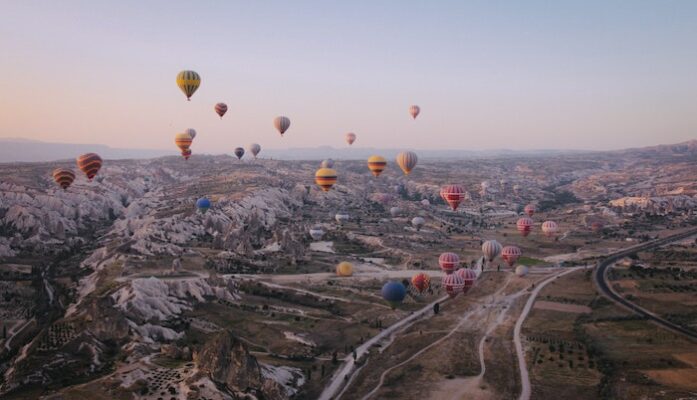 So you’re in a relationship, and everything feels like it’s going great. You’ve been going steady for over a year now, and all the time you’ve spent with each other has been like a dream for you. But one day, you notice your partner is acting kind of strange. So you ask what’s wrong and hear those dreaded words: “Let’s break up.“

You’re devastated. Did they seriously just say that? They can’t mean it, right? But they do. And despite your pleading, the relationship is over. Now all you want to do is go home, cry, and watch Eat, Pray, Love on repeat while gorging yourself on the biggest pieces of cake you’ve ever cut for yourself.

Or, maybe you decided to break up with them. You’re tired of their constant need to be near you, or perhaps they’re really controlling. No matter the reason, you’re just done with them. But even after you end the relationship, it still feels a little lonely. Despite that person bothering you, you can’t help but kinda wish someone (not them, but someone) was with you.

Whether you’re the break-upee or the break-uper, the end of a relationship never leaves a pleasant feeling. However, rather than drown your sorrows in pizza or wander about trying to find people to fill the new hole in your heart, I have another suggestion: travel.

It doesn’t have to be a full-on vacation. Maybe you just go to that city you’ve wanted to see, or maybe you just take a day at a spa. Wherever you go, it’s good to go SOMEWHERE. Sitting around at home isn’t going to make them suddenly fall back in love with you. So instead, take your newfound free time and see and do things you never really got to do before!

So get out of bed, get dressed, and travel to these places to start healing your broken heart.

Best Destination: Anywhere in the Caribbean

Nothing quite jump-starts the healing process like clean air, blue skies, and a body of water to match. Just imagine yourself sitting on a beach with a light breeze in your hair and a mojito in your hand. Also, if you’re quick to rebound, there are plenty of options on the beach.

Of course, any beach with soft sand on a sunny day will do, but the ones that do the job the best are in the Caribbean. Often ranked among the top vacation locations in the world, mending your feelings can be easier when you do it in style. But as I said, you don’t have to go all out and travel anywhere fancy. Anywhere will do.

If the beach isn’t your thing and you’d like to be more “one with nature,” then perhaps you should travel to the woods. The calming effect a bunch of trees can have is really something. While walking through the forest, you can find all sorts of things you don’t usually see while also staying relaxed. You’ll be so focused on everything new around you that you won’t give your ex a second thought.

While your neighborhood woods is lovely, nothing beats a state park or national forest. They’re so big and expansive, and there’s no telling what new sights you’ll come across. Also, most people have at least one of these within a couple of hours’ drive from them, so they’re really accessible too!

If your breakup was so bad that you don’t even want to be in the same country as him, there are certainly plenty to choose from. Personally, I’d recommend anywhere in Western Europe as it’s not insanely different from the United States, and the language barrier won’t be as big of a problem. And the country of choice? Germany. Not overly romantic like France or Italy, but not overwhelming either like Spain or Greece. Germany offers the perfect opportunity for a newly-single individual to have fun and socialize, not to mention all of its rich history, if that’s your thing. Who knows, maybe you’ll like it so much you’ll move there!

But if traveling far abroad isn’t practical for you, you should try our northern neighbor — Canada. It’s similar to the U.S. but still pretty different, and you probably won’t have to worry about running into your ex in the streets of Toronto.

Best Destination: Whichever one you want.

Sometimes, you really need a little bit of luxury after getting your heart broken. So if you have the money, hop aboard a cruise ship and sail the blue ocean while eating all the shrimp you want and rubbing elbows with a bunch of different people. You’ll get to see the ocean in all its vastness and have fun while doing it. Who has time for being down when there’s so much to do?

Best Destination: Wherever you want to go.

One of the best remedies after a breakup is a sense of adventure and travel. Of course, it’s not a requirement to go somewhere extravagant. It can be as simple as that shop a few hours away or a convention you’ve wanted to attend. As long as it’s something you enjoy and somewhere you want to go, you’ll definitely get the most out of it. And who knows, maybe you’ll find another special someone along the way.

Photo by Francesco Ungaro on Unsplash

I Started My Whole Life Over In The Middle Of A...